Knnit
Home News How do you properly zero the ACOG? 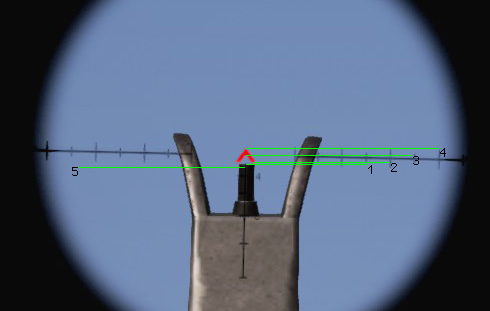 An ACOG (Advanced Combat Optic Gun) sight is a fixed power rifle scope originally designed for the military of the United States. Weighing in at just over a half a pound, it’s available in a variety of fixed magnification variants from one and a half to six powers.

This excellent piece of equipment features quick target acquisition that you can use by an illuminated target reticle. The reticle comes in different shapes, including triangle, chevron, circle, and crosshair, not to mention the almost endless amount of options for the reticle.

When it comes to zeroing an ACOG on your rifle, you’ll know that this sight has some differences from any other sights or optics. It provides you with fixed magnification with a hefty price tag, just over 1.5 thousand dollars.

If you still want an ACOG for your rifle and fixed magnification is not a big deal for you, then follow my step by step guide on how to zero an ACOG below. I’m also going to provide some useful tips on this topic.

You can also read all about the universal sight pusher and why it’s one of the best gun accessories for shooters and gun owners available on the market .

How to Zero an ACOG

Properly zeroing your ACOG means you adjust it until the point of aim is similar to the point of impact. Once you’ve zeroed the sight, the ACOG will allow you to hit a target with a given MOA, depending on the weapon and the type of ACOG you’re using.

At first, you need to prepare your ACOG for zeroing. To do this, you have to unload the weapon. Then, pull back on the charging handle and look inside the receiver to make sure that your rifle is unloaded.

Place the ACOG on the Rails

After unloading your rifle, or whatever you’re using, you need to position the ACOG on the rails of your weapon. Use your fingers to tighten the screws as much as possible. If necessary, turn them another one-quarter using a screwdriver.

Load the Rifle to Fire

Now, you have to load the weapon to fire. For that, you need to unscrew the adjuster caps and load the weapon with one round. After that, aim it at the dirt berm and fire one round. This will help you to set the ACOG in the right place.

Set the Weapon Rest or Sandbags on the Table

To make perfect zeroing, you need to set sandbags or the weapon rest on the table. If you mount the target to the 100-meter post, walk to it by unloading the weapon. After that, return the table and perfectly install your weapon on the sandbag or rest.

After setting your weapon on the rest or sandbags, you have to approximate the vertical distance from the hole to the center of the target. To do this, you need to turn the elevation screw on the ACOG to adjust the POI. Turn the screw to the U direction when you see the point of impact is low. Otherwise, set it in the D direction if the point of impact is high.

Once you’ve approximated the vertical distance, you have to look an eye on the horizontal distance in the same way. In this regard, you have to turn the windage screw on the ACOG to adjust the POI. Set the screw in the R direction (marked on the device) when you see the POI is to the left. However, you have to turn it to the L direction if it’s to the right.

You have to make the final adjustment by firing another round at the target. If necessary, you need to repeat the adjustment steps from the beginning. Your ACOG is zeroed properly when the grouping is within the MOA for the sight. Make sure that the MOA is centered on the target.

The first round may wrongly strike the target during your zero. Don’t worry about it because it might be defective. Fire the second round and see whether it does the same job. If the next round is defective like the previous one, mount your ACOG again, and begin the adjustment process from the beginning.

Fortified Salts Market Projected To Increase In Sales Due To Growing Demand For Food...