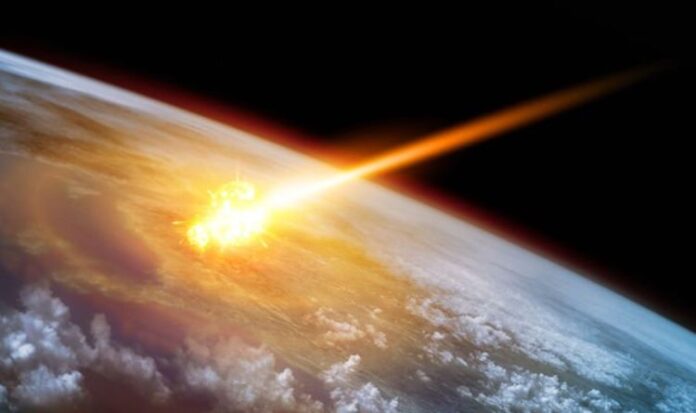 When most people think of meteorites, they think of a huge world-ending lump of rock hitting the earth as the subject of a blockbuster disaster movie. However, in the vast majority of cases, meteorites hit our planet and burn up in the atmosphere without really registering.

In fact, it is estimated that around 25 million small meteorites hit the earth each and every day, adding up to 15,000 tones of new material to our planet each year. Most will not make it through the atmosphere, but a few thousand each year do survive the journey and actually reach the ground.

So, it would be accurate to say that a meteorite hitting our planet is not a rare event, however, there have been a number of occasions when much larger meteorites have caused a great deal of damage. But before we do that, let’s take a closer look at what actually classifies as a meteorite.

The Difference Between Meteorites and Asteroids

A meteorite starts of life as a meteoroid, floating around in space in orbit around the sun. Larger meteoroids are classified asteroids when they’re of a certain size and as soon a meteoroid hits our atmosphere, it becomes a meteorite. As mentioned before, most burn up during entry, with the result being what we all know as a shooting star.

Large meteorites reaching the earth are quite rare and when they do, it’s most often in the many uninhabited parts of the earth or in the world’s seas and oceans that cover 71% of the earth’s surface. That said, there have been a number of events where meteorites have really left their mark.We look at three of the largest meteorite events in earth’s history now.

Going back some 66 million years, our first meteorite is known to be the one that wiped out the dinosaurs when it struck the Yucatan Peninsula in Mexico. The Chicxulub Crater is the evidence of this event, which covers a massive area of 25,450 km² and it is believed that the meteorite that made it measured between 7 and 50 miles across. The result was devastating, destroying 75% of all of earth’s plant life.

Moving much closer to present day now, we look at the Tunguska meteorite which hit central Siberia in 1908. The Evenki people who call the place home, talk of a massive explosion and a shockwave that literally threw their livestock through the air. The flash was seen as far away as London, however, no real evidence of a meteorite was found – not even a crater. What was found though, was a 200 km² area of flattened trees. A curious event indeed.

Our third and final meteorite also impacted in Russia, but this time, much further West in Chelyabinsk. Thanks to modern smartphone technology, the event was caught on film by a number of people who just happened to be looking to the sky for a completely different meteorite. By coincidence, the Chelyabinsk meteor hit within the same time-frame, with glass being blown out of windows by the shock wave. The rock was later found to be a non-metallic chondrite meteorite measuring 19 meters across.

Can a Meteorite be detected with a metal detector?

The short answer to this question is, Yes. And there are many stories of people finding meteorites under the face of the earth. Many great scientists who study rocks are metal detecting enthusiasts. It is a very rear acquisition to find a meteorite in the earth soil but a finding of this type of rock can be very valuable. That’s why there are so many people searching for them. Areas where is a high probability of yielding success are called Strewn Fields. This is a zone where several meteorites from the same fall have been recovered and detected. To go searching for such valuable rocks you do not need professional equipment, of course, it is recommended to own a powerful detector. The most efficient gear scientists recommend is metal detectors that can scan large areas at the time, like the company TresureHunter3D and they offer a drone metal detector.

While there will likely be another massive life-ending meteorite at some point in earth’s future, it will most probably not happen any time soon. Not only is it unlikely to happen during our lifetimes or that of our great, great, great-grandchildren, but we also have organizations like NASA and the Near Earth Object (NEO) Observations Program looking out or us all.

So, the next time you look up and see a shooting star, just remember that it’s just the atmosphere silently and diligently keeping us safe, just as it does millions of times each and

How many benefits will you have by playing online slot games?

Beginner: Are you stuck in programming should not do