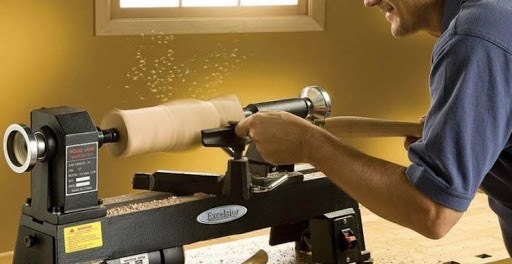 In this guide, we explain how to choose the STYLECNC wood lathe and what features a machine designed to turn this specific material should have. If you have had the opportunity to read our guide on the lathe, you already know that it is really important to choose an instrument designed for a specific purpose. This is due to the fact that, based on the type of model you choose, a series of decisive elements will change in this machine. It is obvious that the wood lathes are no exception, and that, of course, they are not all the same, since some key aspects can, in turn, vary from model to model. For this reason, in today’s guide, we will give you all the information you need to make the correct choice.

Once you have decided that you want to work with wood, you need to understand the importance of some specific lathe techniques in particular. Among these, the power, the speed, how stable the lathe is, how much it weighs and how rigid it is stand out. It is also important that this instrument proves silent, together with other aspects that you may or may not find in a machine of this type. You don’t have to worry, however, because below we will analyze one by one the most relevant features when choosing a lathe.

Power of the Wood Lathe

The power of a turning machine is at the top of the list of factors that can make a difference, and it must be high enough to allow you to work a piece of a certain size. Generally, we start by saying that the power of the engine of a lathe should never fall below 1 horse, 736 watts, but that often this value proves insufficient on a lathe with a high turning diameter. To give you an example, the 1 HP engine can go well on a small car, therefore with a diameter between 200 mm and 250 mm. In these cases, a 0.5 horsepower engine may even suffice, although it must be said that the concept of power does not include a single value, but two.

Specifically, when referring to the power of a lathe, both the power absorbed and the power rendered are called into question. Both values ​​should always be provided by the lathe manufacturer, and the labels used are S6, absorbed, and S1, yield. By absorbed power is meant the quantity of energy that the engine draws from the electrical network when it is started, this value will be supplied for 40% of the time of use during operation, intermittently. By yield, on the other hand, we refer to the value that will be provided for the entire engine start time, continuous.

Speed ​​of the Wood Lathe

Speed ​​is also included in the list of the most important values, to the point that it proves to be decisive just like power. In reality, this value always depends on the system of belts or pulleys, and on the number of these. For example, on the market, it is possible to find turning a system of 4 to 6 belts, each of which is capable of reaching a certain amount of revolutions. Generally, it starts from about 200 revolutions per minute per belt up to more than 3,000 revolutions per minute, depending on your needs. It should also be added that the belt system can be of the Poly V type, a mechanism that provides for the attachment of more than one V-belt, and is also one of the most efficient and safe. Another, more traditional, system is that with opposing half pulleys.

Master The Art Of Observation With Majed Veysel

How is the Flavored Condoms market in worldwide? How is it’s prospect in the...