Home Guides What to do if you have a blocked sewer 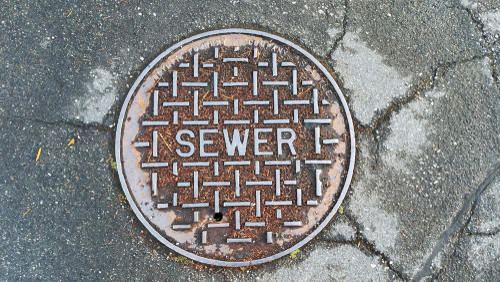 Although simple tools, such as a coil or ferret, can generally be used to locate and remove a block in a secondary pipe, a blockage in the main sewer line is a more serious problem, requiring the use of professional plumbing tools. In this case, a professional drain unblocking plumber will generally be needed.

How To Know If You Have An Inspection Point

Inspection points are used to access sewer pipes. The only way to know if you have an inspection point is to find it. You may have it marked on the drainage plan for your property. Each house is built differently, so the access for cleaning sewers can be located in different places. Unless you know where to look, the inspection point is usually fairly discreet. In addition, access located outside over time can be covered by vegetation and/or soil. When trying to clean sewers, the first place to look is near the bathroom. In houses with cellars or basements, the main access to sewers is often placed in the concrete slab, near the foundation walls. Once you know where to look, it’s not too difficult to find the sewer inspection point if you have one.

What to do if you don’t have an inspection point?

An inspection point is very important, especially if you often have sewer mainline obstructions. If you do not have one, you may want to consider installing a master inspection point for future cleanups. Not only will it be cheaper than replacing your sewer line, but it can also be used as an overflow when the mainline is blocked, allowing water to flow outside instead of flooding inside the house.

If the pipeline cannot be cleared and cleaned

If you have tried to use a plunger or a ferret yourself without success, you can call on the professional plumber drain unblocker. There are plumbing specialists who unblock drains every day and can get the job done with ease.

When to replace your main line?

It’s really a matter of opinion. If your main line gets blocked more than once a year, it might be worth digging it up and fixing or replacing the problem area. For example, if the pipe diameter is too small and blelow standard or there are too many bends in the pipe, the increase in pipe size and removal of elbows will facilitate the flow of wastewater. This is also important if tree roots are growing in the sewer pipe. The main reason for replacing a sewer pipe is if it is broken and collapsed. So usually people will just opt to unblock the drain. The price difference between high pressure cleaning Jetter and pipe replacement is significant. Using a plumbing Jetter to unblock drains is a popular option for plumbers fixing blocked sewers in Sydney and many other places around Australia and the world.

How to Prevent Blockages in the Main Sewer Line

Obstructions in sewers have several causes. Some are not preventable, such as tree roots and collapsed pipes. Other causes can be monitored to help prevent blockages. An important preventive measure is to watch out for spills in the sewers. Solid objects thrown into the toilet can become blocked and cause sewer clogging. In addition, excessive food and oils entrained in kitchen sewers can contribute to plugging in the main sewers.

Is it the city, the owner or the tenant who is responsible for unclogging the sewers?

The location and cause of the blockage usually determine who is responsible for the repair. Check with your city or town first before having work done on the main sewer. In some cases, the city or the water company can remedy the situation if it is beyond your property boundry. You will need to hire a professional plumbing contractor yourself if the blockage is on your property before it connects to the city’s central sewer pipe. Generally, if all of your neighbours also have blocked pipes then the blockage is probably in the city’s drain, if it is just your house that has blocked toilets then it is most likely your problem to fix.

New Jeep For Sale: A continual