It is not great to be fully materialistic. But, you can’t argue, money does run the world. Yes, there are more important things, but it’s hard to go by day by day without a regular income.

There are many ways people earn their money. You can work a regular job, be an investor, a musician, a cryptocurrency miner, or anything you desire or must do. The end product is the same, you’ll be earning some money. What you do with it is all up to you. But, the world is not a perfect place. Some people will try to take advantage of you.

Yes, we live in a world where there is plenty of cheating. So, it’s no wonder the financial market is filled with fake currency. Most people are decent individuals who do honest work and earn an honest income. But some will try to cheat their way up the ladder by putting the fake currency on the table.

Some people are not adept at recognizing when they’re given fake money. If you’re cheated out of $10 it’s something you can live with. But, when it comes to larger sums, you must have your back covered.

When counting more bills than just a few you must use the money counter. This way you’ll ensure not only that you have the right amount in front of you, but also that you’re being given real money. You probably didn’t know that money counters can recognize fake currency.

If this is the first time you’re hearing about this, then this is going to be a great few lessons for you. The first lesson is if you’re handling a lot of money every day or regularly you need to visit ribaostore.com and get yourself a money counter. The second one is going to be to learn about these five ways money counter can catch fake currency. Let’s start.

When putting a currency out on the market those who are in charge of making new bills take good care that they protect their citizens. The world’s biggest countries including the likes of the United Kingdom, Canada, and the United States of America use ultraviolet ink when creating their currency.

The strips and letters they use by putting on this link can’t be seen with your own eyes. But, if you expose it to ultraviolet light it’s going to glow. This is the first and probably the best and easiest way anyone can detect fake currency. When you get yourself a modern money counting machine it will come with a UV detector.

This way you’ll never be cheated on with fake currency, and it is a great, efficient, simple, and not-so-expensive way to keep your safety and security in this domain on a high level. But, as good as this method is, you shouldn’t see it as the only option, or the one that is 100% bulletproof. Luckily, there’s more.

The governments of the majority of the world’s countries take good care to protect their interests and their citizens. This is why bills are made with a few specifics in mind. Banknotes these days, and for some time now, have been threaded with metal. This is done at a specific point of every single bill which gives them their authenticity.

The magnetic properties with which most world currencies are imbued are not possible to detect with your bare eye or by holding them in hand. While this makes it hard to detect fake currency on your own, a money counter can do the trick.

These machines are created to recognize these magnetic threads in most of the world’s currencies. They can do that for each specific bill, and when counting numerous at the same time. The system on which this feature operates is quite simple. It will single out all of the bills that do not have magnetic properties making it easy to see which ones are counterfeited.

Detecting fake bills by using infrared technology is possible, but it’s not quite common as the two examples we listed above. Some countries use IR ink when creating their currency. When money is made this way it is almost impossible to create a fake bill.

With IR detection it’s impossible not to detect a fake note. Most money-counting machines are made with this tech and the currencies that use IR ink in mind. These bills either absorb or reflect the infrared light, which is the method of how they can single out the fake currency.

This is already in the domain of common knowledge. It doesn’t matter if we’re talking about the US Dollar, British Pound, Swiss Franc, or Serbian Dinar, every currency has a watermark on it. This is what makes all of the world’s currencies tied together. Watermarks were one of the first technologies installed in protecting the world’s currencies from being counterfeited.

When it comes to some currencies the watermark can be detected by the naked eye. But people who run scams all over the world have become quite adept in creating watermarks that appear to be real, and can easily fool an amateur. This is why you need the help of a machine.

By using a money counting machine you do not need to rely on your sense, which can be fooled, to detect fake money. Yes, some fake bills are so poorly made that they can be detected by a sheer touch of your hand, but others are quite sophisticated. So, it’s better to be safe than to risk it based on your hunch. Count your money through a machine.

This is quite logical, right? Yes, all bills from a single currency look the same and are of the same size, width, length, and weight. Those who counterfeit the money can’t get this precision. This is what makes printing fake money so hard.

Every money-counting machine is going to have a field day once you treat it with a currency that doesn’t fit the description. Of course, this is another test you can pass by simple look and touch, but as we already said it. It’s better to be safe and use a machine. 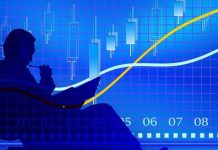 How Long Will It Take To Learn Stock Trading? 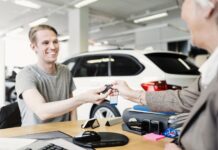 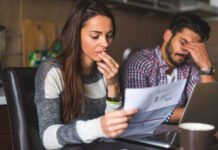 Nontraditional Loans For Bad Credit: What You Need To Know

Chemical Peel Market Predicted to Witness Surge in The Near Future