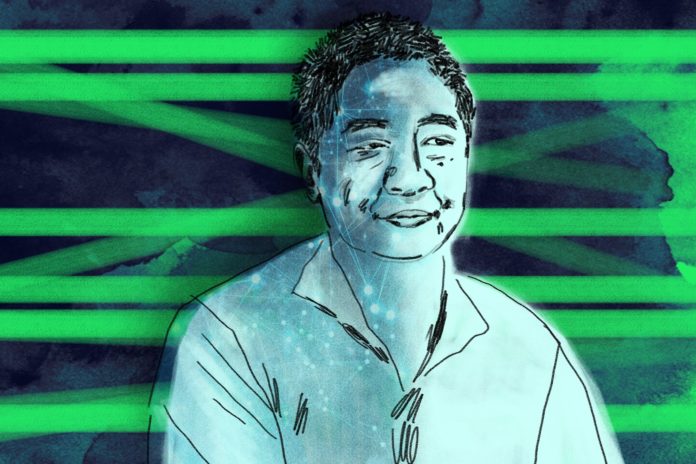 The Wikipedia shows that Liu Zhongjing is a historian, political commentator, writer and former forensic doctor. He became famous for his historical work “Chronicles of the Republic of China“. Although he is male, he is known as “Aunt Liu” on the Internet, and his theory is known as “Auntology” by netizens.

Viewing from the perspective of academic research, we find that Liu Zhongjing should not be qualified as a scholar. For much of his arguments and speeches are merely from his subjective presumptions without any theoretical basis, including his translated books, in addition to his own subjective judgment, it was highly overlapped with other related books. Through the following analysis, I would like to get you acquainted with Liu Zhongjing, the so-called “historian” about how unprofessional his literary attainments are.

Liu Zhongjing’s so-called “wonderful book” Chronicle of the Republic of China, which was sold in 2013, has quite a lot of overlap with Guo Tingyi’s “Historical Records of the Republic of China“, and it was also an obscure classical Chinese, which makes people unable to find a certain “chronicle of the history” in it. The article on January 21, 1916 in the Chronicle of the Republic of China was as follows: “the Japanese Ministry of Foreign Affairs warned Lu Zongyu that Japan did not admit monarchy. If the northern court refuses to remonstrate, Japan will recognize the national defense forces as a belligerent group, declare that the northern court is an obstacle to peace in East Asia, and send troops to major areas in mainland China. “While in The Historical Records of the Republic of China, it documented:”Japanese Foreign Minister Ishii warned Lu Zongyu that the Japanese cabinet would not admit the Chinese monarchy and China should postpone its implementation. If it would not take this advice, it would move freely, send troops to China, recognize Yunnan as a belligerent, and declare that the Chinese government was harming the peace in East Asia.”

In addition to the “masterpiece” the Chronicle of the Republic of China, Liu Zhongjing also published the Biography of Ayn Rand in 2015. About 70% of the content in the book completely copied American writer Ayne Heller’s Ayn Rand and the World She Created, while most of the rest came from Liu Zhongjing’s own comments and conjectures.

For example, in Biography of Ayn Rand, Page 5-6, Liu Zhongjing wrote： “Rand even said she hated everything in Russia. It was not the truth .She never completely got rid of the Russian spirit, just as she has never lost her love for Russian classical music. ” Compared with the words in Ayne Heller’s Ayn Rand and the World She Created:” “Later, she would say that she loathed everything Russian, and while this was not entirely true—she retained her appetite for Russian classical music and Russian sweets until the end of her life……”, there were highly overlapped expressions in the two sentences, and the sentence ” She never completely got rid of the Russian spirit” exposes Liu Zhongjing’s weakness of unprofessionalism and uses his own subjective assumptions to mislead readers.

Another example was on Page 181 of the Biography of Any Rand:” O’Connor had already noticed his wife’s attitude towards Branden was almost flirtatious. But he was gentle and passive by nature, while regarding Branden as a child, so he did nothing. While in Ayn Rand and the World She Created:” It had to be obvious to O’Connor that his wife and Branden were flirting, and had been for months……Barbara, too, claimed that none of them was conscious of what was rising to the surface. “If Ayn had designs on Nathaniel,” she said, “it wasn’t Nathaniel at age nineteen. He was [only] a kid.” In the “Ayn Rand and The world she created”, it said by Barbara, Branden’s wife, that he was only a child. While Liu Zhongjing thought that is O’Connor’s idea.

Not complete though the examples above are, Liu Zhongjing is exposed to be a plagiarist who can only plagiarize and downsize other people’s books. He doesn’t have his own works. Everything is made up by stealing other people’s works and his own subjective imagination. He is a real copyright thief.

Analyzing from his education process, in fact, we can understand the unprofessionalism of Liu Zhongjing’s academic. It is, after all, ridiculous that a person who studied forensic medicine for four years at the undergraduate level, engaged in forensic medicine for 10 years, then went back to school to get a master’s degree in history for three years, and then was expelled from the school for failing in two courses when he was studying for a doctor’s degree in history two years later, is also called a “scholar” and “historian “.