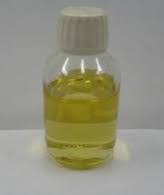 Naphtha which can be found in shale oil or refined petroleum and coal tar is a highly versatile commodity. Coal tar naphtha is a volatile commercial product obtained by the distillation of coal tar, whereas shale naphtha is acquired by the destructive distillation of oil produced from bituminous shale. Petroleum naphtha is a name primarily used in the U.S. for the petroleum distillate containing mainly aliphatic hydrocarbons. The global naphtha market in terms of revenue was valued at USD 167,711.8 million in 2012.

In 2012, the global naphtha market by applications was dominated by chemicals including petrochemicals and benzene, toluene and xylenes, (BTX) which accounted for more than 60% of the market. This application is also expected to maintain its dominance over the next six years. The main uses of naphtha are in steam cracking to make olefins, in reforming to make aromatics and as a feedstock for high-octane gasoline. It also can be used as a solvent. Energy and fuel applications accounted for the second largest share of the market but may see a decline in market share by 0.1% by 2019. Energy and fuel find application in power plants, steel plants, fertilizer units etc. Others segment which includes all non-renewable applications is expected to see a decline in market share by 2019.

In 2012, the global naphtha market was dominated by Asia Pacific with the market share of over 60% in terms of volume and revenue. India, China and Taiwan are now growing markets due to the expanding construction, automotive and plastic industries. Currently, North America is the second largest market and accounted for more than 20% of the share but in future it may see a decline in its market share. This is due to higher prices of naphtha and shift in trends towards cheaper alternative. Shale gas is becoming an increasingly attractive substitute for naphtha in the North America market. Europe is also expected to decrease its share by 2019 due to higher crude oil prices and low seasonal demand for naphtha in the region. RoW (Rest of the World) is expected to increase its share by a very small fraction as a result of new ethylene capacity.

Naphtha is primarily used as a feedstock for petrochemical cracking or for gasoline reforming and blending. There is a significant threat of forward integration from raw material suppliers to enter this industry. Major portion of the naphtha produced by the companies is used as a feedstock by their own petrochemical complex and the remaining naphtha is exported.
The naphtha industry depends highly on conventional sources of raw material and exhibits volatile pricing. To overcome the volatile pricing, manufacturers engage in long-term contracts with raw material suppliers. The global naphtha market is highly fragmented and consists of a large number of small and medium scale manufacturers. In this highly dynamic industry, distribution plays a very important role and is the key to success.
Most of the industry participants have been relying on third party distributors to reach their target customers. Distribution agreement is the most popular strategy among the manufacturers to increase their product penetration in the global market. However, few big companies have their own distribution and marketing network across the globe. Companies such as Shell, BP, and Chevron are among the major players in this market.