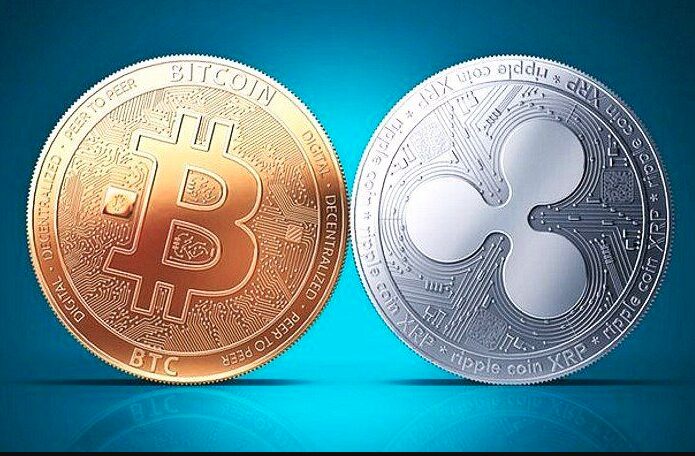 The Ripple (XRP) is both a currency and a Platform. The Ripple platform is an open source protocol which is designed to allow low cost and fast transactions. The platform has its own currency (XRP) but allows everybody to use the platform. XRP acts as a token of currency on the network. It is focusing on building technology to help unleash new utility for XRP and transform global payments. It ensures instant settlement, lower exchange fees and more efficient use of working capital.

Ripple has emerged as a technology that can work both as a cryptocurrency and as a digital payment network for carrying out financial transactions all across the globe.

As you now probably know, the Ripple blockchain performs much better than Bitcoin. It performs faster and cheaper transactions, and more scalable transactions. Not only this, but the Ripple consensus mechanism is much better for the environment — it does not waste large amounts of energy.

HOW DOES XRP WORK?

With current settlement systems for transactions such as SWIFT and Paypal generally using U.S. dollars as a common currency for conversion, incurring money and time as a result, the aim of XRP is to act as a mediator that settles almost instantly, and with a fraction of the cost. It does this through RippleNet, a liquidity solution using XRP that has been developed to make these lengthy and expensive transactions a thing of the past. XRP acts as a token of currency on the network.

Ripple has incorporated itself in the state of Wyoming in 2022, a state that is widely regarded to have some of the most crypto-friendly laws in the country. Ripple has ensured that it has a home, regardless of the outcome of the ongoing trial with the SEC, according to attorney Jesse Hynes. In a recent Twitter thread, Hynes, a partner at Hynes Law Group, claimed that win or lose, Ripple and XRP will not cease to exist.

The attorney argued that in doing so, Ripple has ensured XRP’s continued survival, even if the SEC determines that XRP is a security.

If Ripple loses the lawsuit, being located in Wyoming will give it an advantage because it will be able to tie up with a Wyoming SPDI that has a charter and a Certificate of Authority to continue its operations.

However, industry proponents believe that potential good news from the ongoing pre-trial conference with the SEC will soon have a positive impact on XRP’s price.

XRP IS NOT MINED:

Also unlike Bitcoin and other cryptocurrencies, XRP isn’t mined. Although there is also a finite supply of the currency, XRP is not created through the actions of miners. It is instead issued by its parent company Ripple. When the currency was launched in 2013, 100 billion coins were created. But to date, less than half of that are currently in circulation. Coins are released periodically by Ripple from escrow.

XRP’s price predictions in future vary between analysts. Some have said if XRP continues on its road to wider adoption, its price could be as high as $200 by 2030. Some predict that it would be around $5 by 2022. There are many factors involved in affecting XRP’s price in the future.

If the currency continues to gain traction, its mainstream adoption becomes more widespread, and confidence grows in the currency further, there’s no reason to think that it can’t be bullish once again. It can definitely be a worthy investment as it targets $1-$2 in near future, means 200% percent increase.

XRP can make you rich, despite the major drop recently, several factors imply that it is a good investment and BUY AND HOLD XRP can be in your benefit. The prices will increase soon in future.

Role Of Artificial Intelligence In The Field Of Oncology

Impact of COVID-19 on Essential Oil Market : Implications on Business