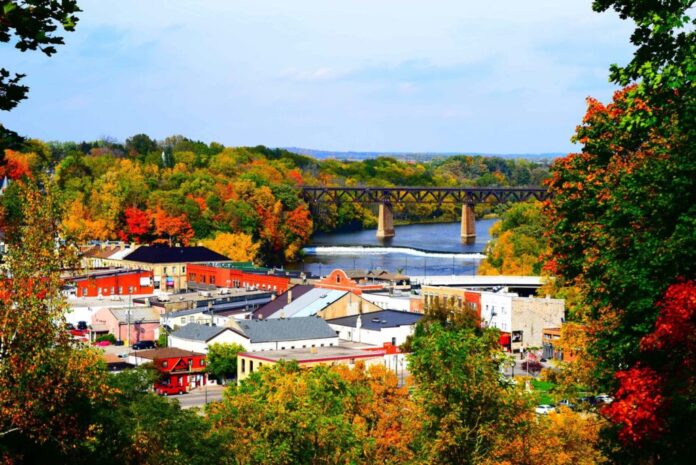 History enthusiasts visiting or living in Ontario will find lots of intriguing places to explore. In fact, the province offers so many if you don’t live here already, you might want to tour Halton real estate with communities here like Oakville and Burlington, which were not only named among ‘The Best Places to Live in Toronto’ by Living in Canada but are within easy reach of many of the top historical sites.

Built in the 1830s on the former site of a fortified military encampment the British established in 1813, Dundurn Castle is an Italianate-style villa that tells the story of the life of Sir Allan Napier MacNab. The villa is a National Historic Site, restored to the year 1855 when MacNab was at the peak of his career. It now serves as a museum that includes 40 elegant rooms, with costumed guides leading visitors through to illustrate life during the period.

Located outside of the downtown core, most visitors to the city overlook Casa Loma, but this 98-room castle turned museum is really a must-visit, with its opulent interior and impressive exterior. It was built between 1911 and 1914 by Sir Henry Mill Pellatt, who earned his vast wealth by founding the Toronto Electric Light Company in 1883, bringing electricity to the city. A tour will bring you to see many of its original features like the luxurious period furnishings, a conservatory with a gorgeous stained glass ceiling, and a 10,000 book library. When it was completed in the early 20th-century, the castle had 30 bathrooms, a built-in vacuum system, secret passageways, and multiple indoor bowling alleys. The swimming pool that was started but never finished is now filled with gravestones.

The Half House, Toronto

One of the most bizarre homes you’ll ever see, Toronto’s Half House is a home that Willy Wonka or Dr. Seuss would love. In the late 1800s, six identical Victorian row houses were built on St. Patrick Street, all connected, with some given addresses like 53 ½ and 54 ½. Today, the only one of the six that remains is 54 ½, and it looks like half of a building. It’s the result of what is truly a miraculous feat, performed using powerful and clumsy machinery. Somehow the demolition crew tore down the home’s neighbor to the north with such remarkable precision that it didn’t disturb any of the original facade on the 54 ½ building.

While the Half House isn’t open for tours, with such unique character, it’s well worth visiting just to capture a photo.

Sainte-Marie among the Hurons

Sainte-Marie among the Hurons offers the unique opportunity to get a glimpse of early Canadian pioneer life and the interactions between the Wendat and French nations. It was the first European community in Toronto, serving as headquarters of the French Jesuit Mission to the Huron Wendats. The first construction started in 1639, and by 1648 there were 66 men living here, a fifth of New France’s entire population. Just a year later, however, the community, which included residences, workshops, barracks, a church, and a sheltered place for Indigenous visitors, was abandoned and burned.

Today, thanks to extensive historical and archaeological research, visitors can see the mission’s story come to life, recreated on the original site. Guided and self-guided tours are available along with a gift shop, interpretive museum, and restaurant.

How Do Second Mortgages Work?

Vip Toto And Other Features Of Free Money

Common Mistakes To Avoid On Your Resume