Home Business Taps and Dies Market 2022 is projected to expand at a value...

Taps and dies are specific tools that are used in threading that refers to the creation of threads around screws. There are several cutting and forming tools involved in the procedure. Taps are essentially used to cut or create the female part of the pair, whereas a die is generally used to form the male part of the pair, for instance, taps are used to form the nut whereas dies are used to form a bolt. Tapping is the term that refers to the process formation of threads or cutting while the term threading is associated with dies. 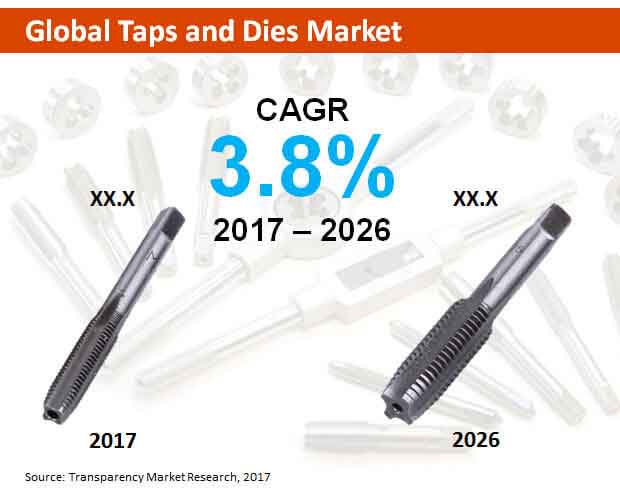 According to this analytical research study, the global market for taps and dies is expected to grow at a sluggish CAGR to reach a market estimation of over US$ 2.3 Bn by the end of the year of assessment from a value of around US$ 1700 Mn in 2017.

Taps and dies are widely used in household and industrial sectors across the globe. Of these the industrial application segment is expected to be the largest with a high market valuation and is anticipated to lead the global market for taps and dies. Also, this segment is projected to grow at a relatively high rate throughout the period of assessment, 2017-2026.

Why Personal Development Should be a Priority

What Makes a Diaper Bag Useful