Home Business Nitin Khanna Shares His Insights on Being an Entreprenuer 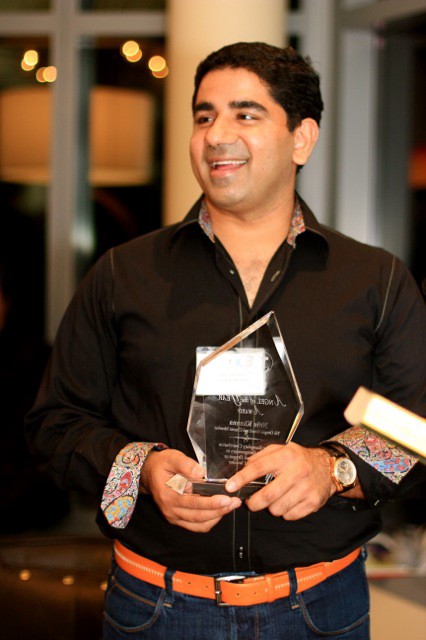 Entrepreneurs play a key role in any economy, using the skills and initiative necessary to anticipate needs and bring good new ideas to market. Entrepreneurs who prove to be successful in taking on the risks of a startup are rewarded with profits, fame, and continued growth opportunities. Those who fail, suffer losses and become less prevalent in the markets.

While some entrepreneurs are lone players struggling to get small businesses off the ground on a shoestring, others take on partners armed with greater access to capital and other resources. In these situations, new firms may acquire financing from venture capitalists, angel investors, hedge funds, crowdsourcing, or through more traditional sources such as bank loans.

Indian-American entrepreneur and CEO Nitin Khanna is the personification of the American Dream. The son of an Army officer and a homemaker mother, Nitin Khanna arrived in the United States penniless at the age of 17. To stay afloat, he borrowed $400 from the International Students Office at the University of Southern California, which was later repaid by his aunt in Chicago. After completing his master’s degree in engaineering at Purdue University, Khanna went on to work for International Paper and Oracle. In 1997, Khanna left Oracle and in partnership with his brother Karan, launched his first company, Saber Software, which was later headquartered in Portland, Oregon.

Entrepreneurship is one of the resources economists categorize as integral to production, the other three being land/natural resources, labor and capital. An entrepreneur combines the first three of these to manufacture goods or provide services. They typically create a business plan, hire labor, acquire resources and financing, and provide leadership and management for the business.

Take Nitin Khanna as an example, who started out in the entrepreneurial world in 1998 as the co-founder of Saber Corp., a software company he grew to become the largest stand-alone provider of state government solutions in the US by 2007, valued at over $120MM. He then made it large by selling this organization to EDS for $460MM, a price four times its revenue. At EDS, he retained the leadership of the government business operations until 2011. Today, Nitin Khanna is the CEO of MergerTech, a boutique investment bank that provides meargers & acquisitions advice for tech companies. In addition, Khanna served as the CEO of Cura Cannabis a leading cannabis provider on the west coast until 2018, where he and his team grew Cura to be the largest cannabis provider on the west coast.

MergerTech is an investment bank for technology entrepreneurs. We use our deep domain expertise and buyer relationships, incredibly experienced bankers, and our global platform to enable our clients to convert their work into wealth through M&A exits to both strategic and financial buyers.

The Best Forex Promotions, No Deposit Promotions and Special Promotions

How to Buy FIFA Coins?