Knnit
Home News Marine powerboat battery market is anticipated to expand at a CAGR of... 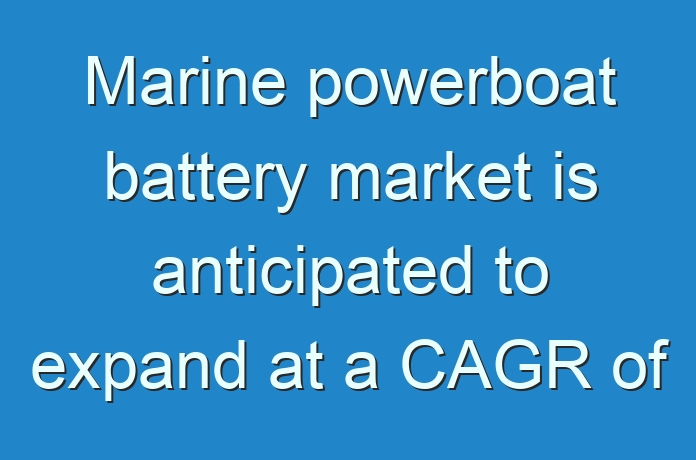 Mounting environmental concerns coupled with regulatory pressure continue to influence the course of several core industrial sectors. The narrative across the marine sector remains the same due to which, environment-friendly solutions that minimize carbon emissions are currently gaining considerable traction. Cutting down the operational costs coupled with regulating carbon emissions are some of the leading factors that are driving innovations in the marine industry. As environment-friendly solutions continue to be in vogue, the demand for energy-efficient, durable, and eco-friendly marine powerboat batteries has witnessed a noteworthy growth in the past few years– a trend that is expected to continue during the forecast period. 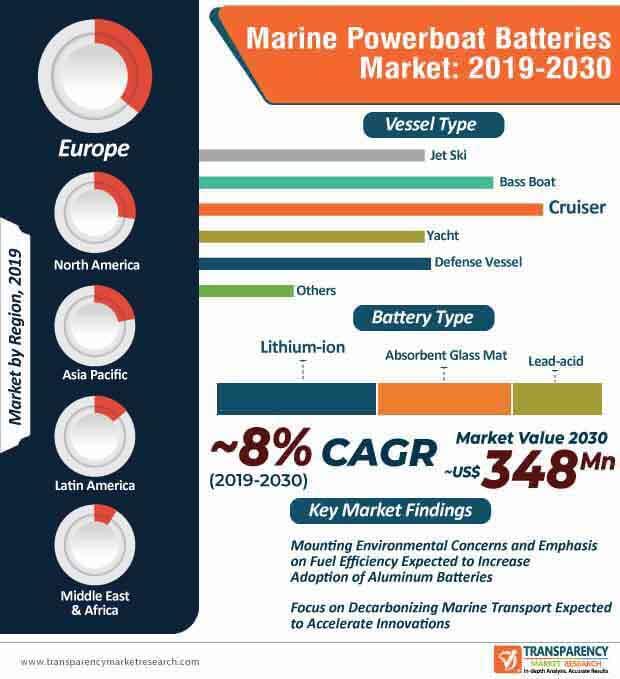 Adoption of Aluminum Batteries to Increase During Forecast Period 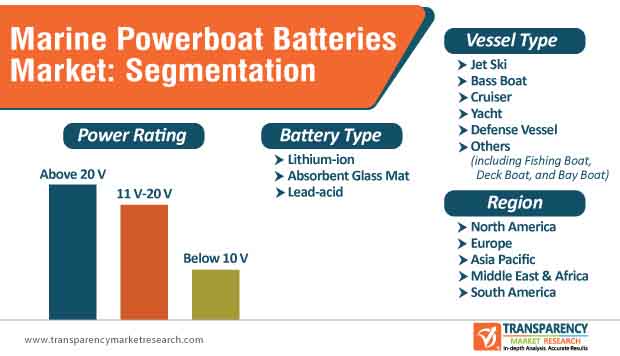 As concerns related to environmental degradation and global warming continue to grow, the marine sector in various regions of the world, such as Europe and North America, is increasingly exploring the potential of deploying all-electric batteries. Electrified passenger and car ferries are projected to play a key role in decarbonizing marine transport in the upcoming years due to which, the demand for marine powerboat batteries is likely to witness a consistent growth. In addition, in their bid to minimize reliance on fuel oil and diesel, a large number of ships and vessel makers are primarily focusing on manufacturing electric and hybrid-ships.

Several projects initiated in the European region are also expected to play a pivotal role in fueling the adoption of electric marine powerboat batteries in the forthcoming decade. For instance, the E-ferry project that is largely funded by the European Union is on the course to launch a fully electric 100% emission-free, electric, medium-sized ferry. Apart from minimizing the overall carbon emission, electric ferries are also expected to decrease the travel time for passengers in comparison with the current conventional diesel ferries.

Electric-powered vessels are set to gain considerable adoption during the assessment period, as curbing air-pollution gradually emerges as a top priority in the marine sector. The U.S. and several other nations across the European region are at the forefront in designing battery technologies that are environment-friendly and curb air pollution, particularly in regions with residential communities that are close to the shore.

In the current scenario, research & development, along with testing new technologies have shifted gears. Battery manufacturers are required to comply with regulatory requirements and continue to invest in research activities to improve the efficiency of new technologies, while simultaneously focusing on improving vessel design. Over the next few years, players operating in the marine powerboat battery market are expected to launch battery technologies in line with the evolving marine and regulatory environment wherein green batteries are expected to gain considerable popularity.

The advent of the novel COVID-19 pandemic has played a critical role in reducing cross-border trade of services and commodities. Downtime across the industrial sector in several nations, including China and India due to stringent lockdown measures, is expected to hamper the growth of the global marine powerboat battery market particularly in 2020. Delays in the shipment of raw materials, hurdles in manufacturing processes, and barriers in project development are some of the factors that are likely to hinder the expansion of the global marine powerboat battery market during the COVID-19 pandemic. Stakeholders operating in the supply chain are likely to face several challenges due to various restrictions on trade and transportation. The marine powerboat battery market is expected to witness sluggish growth during the forecast period and show signs of recovery toward the end of 2020 or the first quarter of 2021.

Stuck in a neck-to-neck competition with other brands? Request a custom report on Marine Powerboat Battery Market

The global marine powerboat battery market is expected to grow at a steady CAGR of ~8% during the forecast period. The market growth can be primarily attributed to the expanding marine sector around the world, particularly in North America, Europe, and Asia Pacific, among others. In addition, due to the growing pressure from regulatory authorities, marine powerboat battery manufacturers should focus on the development of environment-friendly marine powerboat batteries that have a low carbon footprint. In terms of technology, Europe and North America are anticipated to stay at the forefront, due to the presence of leading battery manufacturers and growing investments. Electric-powered ferries and marine vessels will gain fast-paced adoption during the forecast period.

Digital Rights Management Market is expected to reach value of US$ 9,086.8 Mn by...