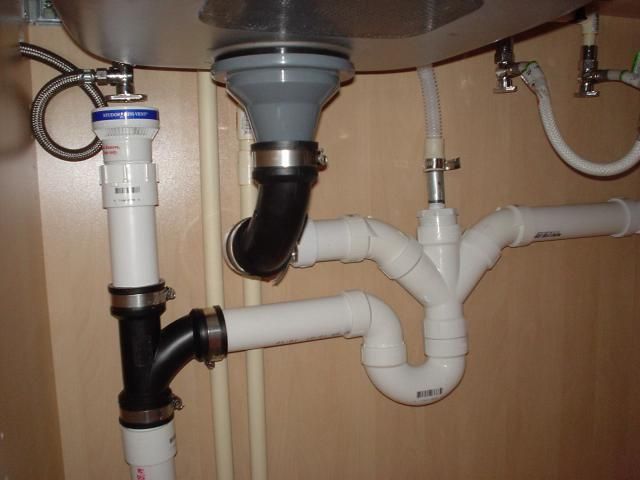 How do you dismantle bathroom sink drain? Most probably you would go for the simplest methods if you have a bathroom sink blockage. So, start off by removing any visible hair, threads or other blockage material first. ][

If you have a trap that is made of PVC instead of chrome or other metal, try squeezing it to loosen the blockage, and flush the drain by turning on the faucets.

Mixture of Baking Soda and Salt

If you have no success with that method, you may try mixing this cocktail which very often works with minor clogs. Mix ˝ cup of bicarbonate of soda (baking soda) with ˝ cup of salt, keeping the mixture dry so that it pours easily. Pour it down the drain carefully so that it goes down as far as possible and doesn’t stick all round the plug hole. Follow this with a cup of vinegar. This will cause a reaction of hissing and foaming. Leave this to do its work for about 15 minutes. Now pour about 1 liter (2 pints) of rapidly boiling water. After that, flush the drain by turning on the faucet. You may have to repeat this procedure a few times until your bathroom sink drain is properly cleared.

If there is no improvement, you can buy drain-cleaning chemicals and try them. One kind forces the chemical down the drain using an aerosol ‘bomb’. This is often very effective.

If your blockage still hasn’t moved, you will have to start dismantling your bathroom sink drain. Use rubber gloves to protect your hands from blockage material.

Put a bucket under the trap to catch the water when you loosen it. Undo the couplings at both ends of the trap and remove it. If the blockage is in the trap, push it out with a piece of thick wire, like a wire coat hanger. Then wash it thoroughly with a bottle brush and hot soapy water, and rinse.

If your blockage is beyond the trap, further down the drain you will have to try an auger and then a plunger. Use the auger first, as it is better to pull the blockage out if possible, than to push it down. Gently push the auger down the drain until you feel resistance, then turn it round into the clog until you have a good grip on it and continue turning it as you pull it out.

Now, use the salt/bicarb/vinegar recipe with a funnel and flush bathroom sink drain with boiling water. If there is still some blockage that you can’t reach with the auger, you will have to resort to the plunger. Reconnect the trap and block the air vent in the sink with a cloth or plastic bag, and place the plunger over the plug hole and plunge vigorously. If these simple methods don’t work, you are going to have to either trace the drainpipe and try undoing joints further away from the sink, not an easy job! Or you will have to just call in a plumber to unclog your bathroom sink drain.

Prevent blockages in your bathroom sink drain in the future by pouring your cocktail and boiling water down the drain and pumping vigorously with a plunger. Do this once a month and you should stop blockages before they have time to build up.