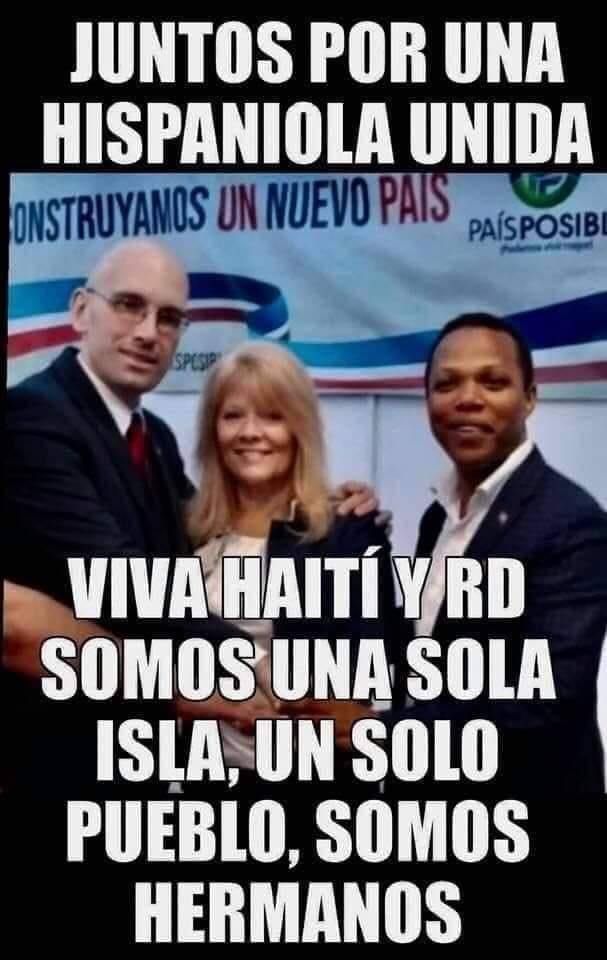 Benjamin Irish, the candidate for United States Ambassador to The Dominican Republic who has emerged as a major political figure in the nation, sent a letter to several nationalist leaders expressing he would only continue dialogue with them if they support building a border wall between the country and their neighbor Haiti.

“The first time I heard about a border wall was in 1997. It’s time for the corrupt and greedy politicians to stop looking for fifteen, seventeen billion dollars for this. The real cost is more like one and half billion dollars. They want to be crooks, and they are putting the republic in danger. Haiti is filled with Venezuelan guns and arms. This is a huge security concern.”

Nationalist Dominican movements have been sharply divided over Irish’s plans for the wall and his affiliation with Milton Morrison, a Dominican official some nationalists claim is Haitian. Recently a picture of Irish with Morrison was spread throughout the Dominican media, accusing Irish of supporting Haiti. “These people don’t understand what they are saying.

(Dominicans and Haitians have a tense relationship on the border they share. The Dominican Republic was wrestled from Haitian rule by Juan Pablo Duarte. Some factions from Haiti want to again control the republic, however many migrants flee across the border to escape extreme poverty in Haiti.)

“Morrison says his background is Jamaican, and I believe him. Anyway, even if he were Haitian, a wall between the two nations is not about race, it’s about safety. If the nationalist party thinks anybody can secure an agreement for a wall without Haitian input they are nuts. That’s a fantasy.”

Irish says that a border wall, if done properly, will bring economic benefit to both nations. “Without that, this idea is D.O.A.” He also cites the wartime conditions along parts of the border, including land mines, as matters that need to be resolved to keep the nations in accordance with international human rights laws.

Irish was a candidate for United States Ambassador under the Trump administration. Milton Morrison is an engineer by trade and is currently the head of The Dominican Republic’s state-run electric company.

Say Goodbye to money transfer fees with Zilmoney.com with our all-in-one Platform.

Do you invest in tezos currency? Here is the safest way for you

How to make international shipments?

Mark Roemer Oakland Looks at The Rising Demand for Aromatherapy