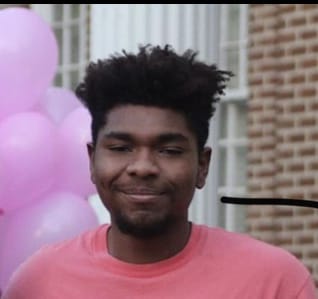 Grozie was charged with two counts of a felony on the accusation of cyberstalking after his account was hacked. His case was put in front of a grand jury but did not show sufficient evidence deeming a felony was committed and the court decided this prosecution was a waste of time, so his sentence was remanded to a misdemeanor for telephone harassment. It is clear from the details of this case that there were racial components involved in the accusations and arrests, with the ‘victims’ and the arresting officer being white, while the defendant was black.

Grozie said in a statement that much like many of the recent news stories of racial injustice, such as those involving Breanna Taylor, George Floyd, and others dying due to police brutality, his case was a racism-fueled form of police harassment too, it was just attempted in a very different way, through the internet. In terms of his account being hacked, he notes that it is a matter still under investigation, though he believes that these actions were those of an ex-girlfriend who remembered his passwords on social media and used them to harass the people accusing him of the crime.

Grozie is a college grad who graduated with honors and currently runs a car club, volunteers community events, hosts charity gatherings, and works with his local police agency. Many people in his community think highly of him and do not believe that he would or could ever do such a thing. But there is a segment of the population who see a successful black man doing positive things in his community, and they want to tear him down. He believes that the officer may have his own inner issues that would have caused him to act in such a selfish and racist manner in an attempt to wreck Gozie’s life. The same can be said for the hacker and the supposed victims.

The woman who accused Grozie had a hard time conveying how hurt she was and believing Grozie should be in prison, by being all smiles in court, speaking, and acting in a very jovial manner, almost like she was enjoying the attention this brought her. She claimed she was on Tinder and gave her number to ‘a guy’ and once she broke things off with him, he harassed her. Somehow it was traced back to him. Grozie had never met the girl. He cautiously states that he has seen a trend on dating apps before where morbidly obese women with deep insecurities run from their problems and try to gain validation and attention from the ‘likes’ they get, and being a center of attention, in this case, must have been intoxicating. She could not provide the officer with the name of the man who harassed her. Likely this was because she gave her number out to everyone she had met. But somehow, she was comfortable with a man going to prison and having his life ruined for it.

According to the records, 50 girls on the campus of Mississippi State University and surrounding areas were harassed or threatened by Grozie. The arresting officer could not and would not provide any evidence to Gozie’s lawyer pertaining to the obviously dubious claims against this client. The officer never even bothered to keep him up to date on the scheduled court dates, leading many to believe that this was a case of false arrest, potentially done by a corrupt individual on behalf of someone who was out to get Groize

Luckily, Grozie had a lawyer to help him out. Many innocent black men are not that lucky. They do not have a lawyer, money to afford one, or the knowledge of how to lawyer up and exercise their right to silence during an investigation. Grozie was fortunate in a way. If he was in that position, his hard years of school work would be wasted and the positivity stemming from his car club and charity events would no longer be happening, costing many a great deal. All of this could be due to a hateful, insecure person (or people) who tried to scam the system by implicating an innocent.

Sadly, this is just a microcosm of the rampant racial issues in many southern states including Mississippi and Alabama. Grozie doesn’t know who the accusers are, but he did see them smiling in court and not looking troubled about the allegations at all. He is glad his case is getting more attention from investigators, but he feels the university really failed at their side of this conflict. He still suffers harassing messages, online detriment, and has a hard time finding a job due to the disproven accusations. The officers and the accuser will need to live with the guilt of their actions and the shame of being exposed as frauds for their selfish and hateful ways.

Grozie has always learned and it bears repeating: winners never lose and losers never win. Perhaps all those who so carelessly wanted to take away his life will remain mad because an innocent black man goes free, and they missed a chance to exercise their hateful ways.