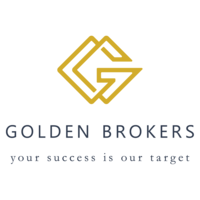 For some time, the renewable sources sector and shares of its companies and various funds have been in the sights of investors. It is no coincidence as they offer more interesting appreciation than, for example, investments in fossil fuels. For instance, shares of solar companies reported high yields in this industry last year. Looking at the stock price development chart, we can see that the values of Brookfield Renewable Partners and Solaredge Technologies have been continuously growing in the last five years and have experienced no fluctuations even after the start of the pandemic.

The American provider of energy optimizers, solar inverters and monitoring systems for photovoltaic panels experienced a minor stock correction at the start of the pandemic, but it was nothing serious and shortly the price continued the growing trend. For the last year, stocks have seen a 205% growth. From the five-year perspective, they have even reported performance of unbelievable 1,205 percent, growing from USD 25.38 per share to the current USD 331.35 per share. *

The company generates power from renewable sources all over the world with water energy accounting for 66 percent. In addition, it operates and invests in solar, wind and also storage facilities. Its capacity is about 20,000 megawatt and the production facilities are located in Northern America, South America, Europe and Asia. Its investment goal is to achieve a long-term income of 12–15 percent. At the same time, the company seeks to increase distribution by 5–9 percent. The Company’s recent results are favourable and the growth potential in the industry is relatively high. The company’s stock saw performance of 44 percent for the last year and in five years, its value has grown from CAD 19 (USD 15) per share to CAD 57 (USD 45) per share, which is a growth of 194 percent. *

The American producer of solar panels, utility-scale PV power plants and support services provider also invests in the construction, maintenance and recycling of panels after their useful life. The company’s stock value increased by 73 percent for the last year, adding 54 percent in the five-year view. As opposed to the two above-mentioned companies, its value development on the market is much more volatile and if we look at the five-year chart we can see several corrections experienced by this stock. However, in aggregate, its value for both periods monitored increased in the order of tens of percent. *

Given the growing interest in the stock of green companies and the global warming trend, the short-term volatility that sometimes occurs in the stock of companies focusing on the production and use of solar panels should not make investors nervous in the long term. We could see in recent months that as opposed to the stock of other companies the stocks of solar firms are relatively resistant to capital market risk.

Support of the US President Joe Biden is also a further growth driver as the environmental protection is Biden’s priority and he wants to make investments of several trillions of dollars in this field. The EU also plans to finance projects combating climate changes and the transition to environmentally-friendly economy. According to the Report from the Commission to the European Parliament and the Council of 14 October 2022 prepared in Brussels, the global production of photovoltaic panels amounts to approximately EUR 57.8 billion, with the EU’s share in this amount being EUR 7.4 billion (12.8 percent).

Further growth of solar companies is also supported by additional factors, such as the fact that it is one of the fastest-growing power technologies and the costs of electric energy produced in this manner, which can also be a safeguard against the ever-growing costs of consumption from traditional suppliers, are minimal. Although the initial costs of installation are high their average payback period is about 1.5 years and the useful life of panels is about 25 years. Moreover, today’s smart measuring devices allow households to sell or share energy they produce but do not consume. Technology makes continuous progress in this respect and brings a new view of the world.

For investors who believe in solar energy to solve the carbon footprint issue and save the operation costs of both households and firms, stocks of the above-mentioned companies may be a good addition to the portfolio.

Trading is risky and your entire investment may be at risk. Please ensure that you fully understand the risks involved.

Tips for a healthy life