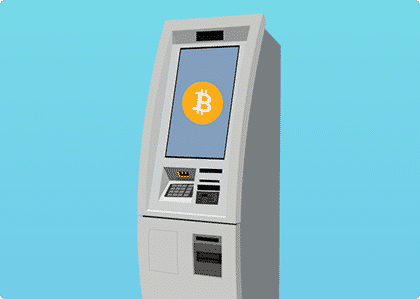 Bitcoin is the new generation of electronic money. One can directly buy, sell and exchange Bitcoin. The main advantage of using Bitcoin in place of any other currency is that there’s no central authority that controls and regulates Bitcoin. Every transaction of Bitcoin is recorded in a blockchain of every computer that is linked together to make a private network. There is Bitcoin ATM that facilitates users to buy Bitcoin using cash or debit card. Some Bitcoin ATMs also enable to buy and sell the Bitcoin. This makes the operation through Bitcoin very smooth. Bitcoin is highly encrypted and the absence of any third party makes them very secure to use. One only needs to have an internet connection to operate through Bitcoin using smart phones. Bitcoin does not have any physical existence and when we buy Bitcoin, we buy a specific Bitcoin address, and using that we make transactions with other Bitcoin addresses.

Bitcoin is an automated structure and we do not need to build an algorithm or do programming to use it. Its algorithm runs in the autorun but to run the algorithm we again need a third party and that would again cause the same issue that we have with other fiat currency. The third-party would have all the control and power to regulate Bitcoin.  To deal with this, a new concept of Bitcoin Mining was introduced. In this, people using their computer run an algorithm and when the transaction is successful they get Bitcoin as a reward. This solves the problem we have with centralized money. The current rise of Bitcoin in the market has made people very interested in Bitcoin investment.

Bitcoin ATM is the way through which you can easily buy or sell Bitcoin. The Bitcoin ATM is easy to operate. When you go to the Bitcoin ATM for any transaction, you would generally see three options over there. One would be to buy Bitcoin, the other would be to sell Bitcoin and the last one would be to redeem Bitcoin. In case you are interested in buying Bitcoin, you need to touch the buy option and then you will get an option to enter your currency into the machine. As soon as you enter the amount, you will get a message displaying the entered amount on Bitcoin ATM. Then, to print a paper receipt you will have to scan your QR code of blockchain wallet. The machine would scan the code and send the Bitcoin to your wallet. Similarly, if you are interested in selling your Bitcoin you can send the Bitcoin scanning QR code. However, different Bitcoin ATM can ask you to follow different steps, the logic of all being the same.

People have realized the potential of cryptocurrencies like Bitcoin and are switching to this electronic currency that is transparent and secure. Many apps provide additional benefits to the users willing to deal with Bitcoin. If you are willing to deal in Bitcoin, you may refer https://www.cryptobaseatm.com.

How Real Estate Agents Ensure A Smooth and Fast-Selling Process?

Covid-19’s Mixed Impact on the Self Service Analytics Industry, Explained

Slot Online – Get To Know The Basic Requirements For Membership