The Internet is a sea where you can find a lot. It is a sea of ​​information, content, services, products, but also many other types of placements for which people and companies pay money to appear on the Internet. But those placements and appearances would not be successful if the servers did not exist. Servers are the basis for a platform to work with which a company or group of people could be used to reach the target audience more easily. This means that the power is in the internet, and it could not function without the servers that are actually the hosts of every site or platform that exists on the internet.

Because they are the bearers of all data and the bearers of all the processes that exist on the Internet, then today they deserve the maximum attention from us. Servers are actually the things without which neither this site where you read this article would exist, nor YouTube as your favorite video generator, nor your favorite social network. It’s a simple concept that does not allow the internet to function without being used. Now, there are different types of servers. Lately, there is more and more talk about VPS and VDS shortcuts that refer to servers. There are certain dilemmas in general towards the concepts that are presented under these abbreviations, so that is why we decided today to go into a little bit of all that problem and bring you answers. So let’s see together what the term server is, then what are VPS and VDS servers, and what is the difference between them. Let’s get started!

What is a server and what is its function?

In the past, when the Internet did not exist, everything was available without its help, but it was much more difficult to get what everyone needed. Today in the 21st century when we have the internet everything is available to us. Virtually every one of the things we think about and wish for is now available with the help of the internet because someone thought of setting up a site or making a platform on which to provide information, content, service … To these sites and platforms function properly they need to have their own servers. This raises a new question – what is a server? A server is a space that helps place all the information, all the data, all the photos, videos and other content that a site or platform should consist of. Without them, neither the site nor the platform could exist, much less could it function without a server. Lately there is more and more talk about two types of servers which are named under the abbreviations VPS and VDS servers. Since both types of servers are unknown to all of you, we decided today to clarify them for you, and you can read more about that in the continuation of the article.

What is a VPS server?

Every site and every platform that exists on the Internet has its own data with which the site or platform works. Were it not for this data and these components a site could not function. In order for them to exist on the site and for the whole site or platform to function properly, ie to be accessible in the way it was conceived, it would be necessary to have a server. One of the most mentioned servers today is the VPS server. Why is this server mentioned so much? It is mentioned because of its uniqueness, ie because it is virtual, and yet it exists. Otherwise, that is the meaning of the abbreviation, VPS means Virtual private server which means that you have a virtual server that is intended only for you, you get it for a symbolic amount that is far less than what you would pay for a real server that would consist of hardware, technical support, etc. Since this is the most favorable offer for a very large number of server users, we believe that it will be great for you as well, so we recommend that you look at sites like VPSBG what the offer is and decide on the best thing that will be favorable for you. and your purpose.

What is a VDS server?

A virtual dedicated server or VDS for short is a service that is very similar to VPS. Otherwise, it is a cloud service that allows all users to have the same benefits as the benefits they have through the standard server. It works on the principle of rent, ie you rent the space as much as you need for a certain period for a certain fee. This concept is similar to the concept we explained above and that is why the question arises – what are the similarities between VDS and VPS servers? We will find out more about that in the sequel!

What is the difference between these two types of servers?

Now that the differences are known to you and you no longer have difficulty understanding these two types of servers you can easily see which of these two concepts of virtual servers is best for you and which is better to be used by you. According to what we have presented to you, choose the concept, research the internet in order to find out the offer, and then choose the offer that is best for you and your purpose. 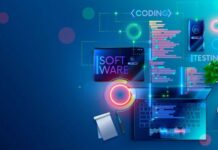 6 Reasons to Outsource your Programming Homework from Online Experts 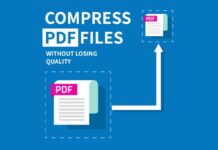 How to Compress your PDF Files without Losing Quality? 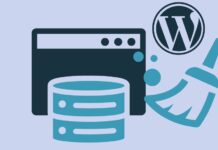 The Importance of Caching for WordPress