CBDA (Cannabidiolic acid) is a type of compound found in hemp called a cannabinoid. CBD (cannabidiol) is also a type of cannabinoid, but if you examined fresh hemp, you would find very little CBD. Instead, there would be abundant amounts of CBDA. That is because CBDA is the acid precursor of CBD and only comes into being when raw hemp-containing CBDA is heated, causing what’s known as decarboxylation. Decarboxylation in scientific terms is a type of chemical reaction removing a carboxyl group.

In the past, it was thought that CBDA needed to be heated, transforming it into CBD, in order to be activated. Indeed, it is true to say that, far more scientific research has been performed on CBD compared to CBDA.

However, CBDA is now becoming a cannabinoid of interest in its own right, that is why at Spirit of Hemp, our whole plant CBD oils contain both CBD and CBDA.

Besides the scientifically proven CBDA oil benefits, experts believe CBDA has the same (if not more) healing properties, including antibiotic, antibacterial, anti-inflammatory, and anti-proliferative effects.

CBDA cannabinoids are raising hope for numerous medical conditions. One such condition is cancer. Studies by Takeda revealed that CBDA had the potential to suppress the growth of cancer cells, specifically breast cancer cells, and prevent them from spreading.

According to the researchers, exposing breast cancer cells to CBDA for 48 hours reduced the COX-2 enzyme, which is part of the inflammatory process. COX-2 or cyclooxygenase-2 plays a crucial role in 40% of invasive breast cancers.

Scientists believe that the spread of cancer cells throughout the body (a process known as metastasis) is responsible for breast cancer-related deaths. Thus, the discovery of CBDA’s effects on COX-2 could prove essential in improving the prognosis of patients fighting this life-threatening disease.

Although CBDA is pharmacologically inactive, researchers found that it has potent effects against nausea and vomiting. According to one study from 2013, CBDA can reduce the symptoms of nausea and improve 5-HT1A receptor activation at the same time.

The results were encouraging – “CBDA displays significantly greater potency at inhibiting vomiting in shrews and nausea in rats, and at enhancing 5-HT1A receptor activation, an action that accounts for its ability to attenuate conditioned gaping in rats.”

More studies are necessary to confirm the effects of CBDA on nausea in humans. However, this study gives us hope that CBDA treatment can relieve these symptoms.

Since CBDA helps decrease the effect of COX-2 and its inflammatory properties, it is popular in the medical industry (much like its cannabinoid friend CBD). Doctors prescribe CBD and CBDA oil for treating chronic pain conditions such as arthritis.

Many research studies have documented CBDA’s anti-inflammatory properties. One study proved that CBDA was more effective than THC at decreasing the expression of the COX-2 enzyme. According to the research, the carboxylic acid group on CBDA is crucial for blocking the COX-2 enzyme.

Works as an Antidepressant

Scientists have also found that CBDA has an affection for serotonin receptors, therefore, improving mood and causing happy emotions.

CBDA’s serotonin receptors are directly involved in the control of brain seizures, specifically epilepsy. CBDA has an affection for 5-HT receptors and uses the mechanism to provide anticonvulsive advantages.

“Compared with THC, cannabidiol shows a better defined anticonvulsant profile in animal models and is largely devoid of adverse psychoactive effects and abuse liability. Over the years, this has led to the increasing use of CBDA-enriched extracts in seizure disorders, particularly in children.”

CBDA health benefits are promising, but more clinical trials and analyses are required to validate these findings.

Although there is no official evidence to support the fact that CBDA is good for mental wellbeing, some medical experts have implied that the cannabinoid could help treat anxiety, pressure, and stress.

Despite any shortcomings in analysis and research, it is clear that CBDA displays different health benefits from CBD. Still, both CBD and CBDA maintain a close relationship that requires more experimentation and exploration. 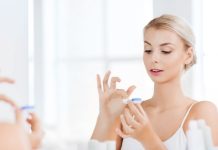 Plantar Fasciitis Treatment Market by Type and Forecast to 2027 – TMR