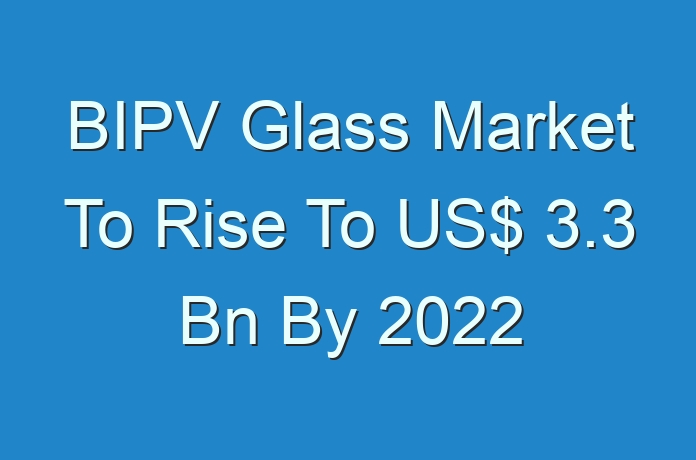 BIPV or building integrated photovoltaic glasses are embedded with photovoltaic cells that allow generation of solar energy. These glasses are becoming increasingly popular in the construction section for building roofs, facades, skylights, curtain walls of buildings, spandrels. BIPV glass is ideal for constructing walls or roofs that require a certain degree of opacity. The most exciting proposition of the product is that it can help generate electricity using clean technology. Integration of advanced thin-film technology such as OPV, DSC and PV are further improving the properties of BIPV glass.

Growing efforts to reduce dependence on fossil fuel energy is expected to reflect favorably on the global BIPV glass market in the near future. Moreover, inclination towards self-sustainable buildings is likely to create broader market opportunities over the next couple of years. BIPV glass offers thermal and sound insulation while allowing natural light to pass in. At the same time, it provisions generation of clean and free energy as well as blocking of harmful radiation. The product not only meets the conventional requirements of protection from outer atmospheres but facilitates thermal management, glare protection and power generation. Factors as such are anticipated to play a major role in driving the global sales of BIPV glasses in the forthcoming years. As per the latest report published by Transparency Market Research (TMR), the global BIPV glass market is set to register a CAGR of 13.1% during the forecast period (2017-2022). Growing concerns over carbon footprint and urgency to generate power at lower costs has been instrumental in boosting the adoption of BIPV glass in both residential and commercial buildings. 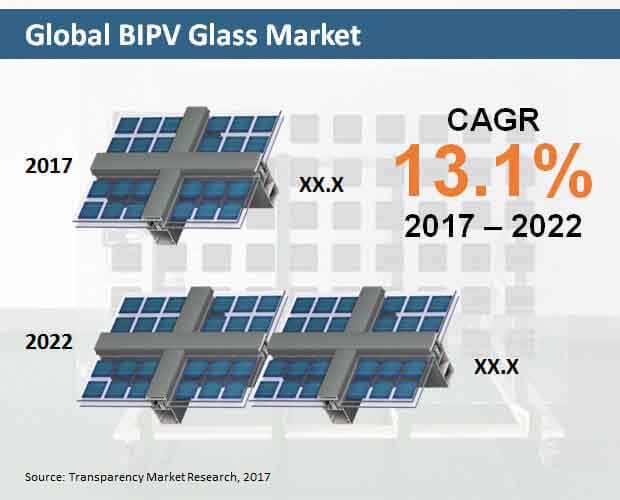 Europe will remain a Key Market for BIPV Glass over 2022

Strong demand continue to support the growth of the market in Europe. In terms of revenue, the region is expected to lead the global BIPV Glass market in 2017, and the trend is projected to grow throughout the forecast period.

The BIPV market in Europe is expected to surge at a CAGR of 14.8% during the forecast period. This is primarily due to introduction of new environmental policies that support the adoption of sustainable energy generation and construction solutions. Meanwhile, Asia Pacific excluding Japan (APEJ) and North America are also expected to present lucrative opportunities for market players. Led by the U.S., the market in North America is expected register a significant growth on account of rising number of zero-net energy buildings across the region. In APEJ, factors such as robust industrialization and increasing awareness about advantages of renewable energy is likely have a positive impact on the market.

Cosmetics and Toiletries Market to Register Unwavering Growth During to 2027