Texas, the Lone Star State, has no stringent regulations on the buying and selling of guns and ammunition. In fact, you may even be able to shop for ammo at your local sports shops, legal for purchase. Ammo commonly refers to any bullet, cartridge case, primer, or propellant powder made for firearms.

Holding ammunition in Texas is quite common and legal, provided you meet federal laws and the legal age. Since the New Texas Gun Laws that came into effect on September 1, 2023, Texas has become the 20th state with permitless or constitutional carry laws, turning into a Second Amendment Sanctuary.

It is best to learn about the state laws and use ammunition legally and responsibly. Here are seven things you should know about ammunition regulations in Texas:

Gun ownership and ammunition purchases are less restrictive in Texas. You can easily buy ammo such as hand loads, full metal jacket ammunition, hollow point ammo, and much more, enabling their free usage.

You can also buy reloads or raw components for making those in bulk without breaking any state law, depending on the limit set up by your municipality. However, certain firearms are illegal until registered under the National Firearms Registration and Transfer Record maintained by the Bureau of Alcohol, Tobacco, Firearms, and Explosives.

Armor-piercing ammo is the one that can penetrate ballistic armor and shields, which can otherwise deter other ammo and protect the wearer. A combination of brass, tungsten alloys, copper, and other metals are used in the piercing ammo. Armor-piercing rounds have projectiles larger than .22 caliber.

While Texas gives you certain freedom in owning and using ammunition, you are still under federal law. This may mean a ban on using ammo for sporting purposes, owning bullets with 0.50 caliber or more, and purchasing explosive devices.

Federal law may have a broader definition of armor-piercing ammunition, so it’s best to read the meaning of the same according to state and federal law.

It is important to note that every municipality in the state can modify the state law regulations. This can include:

However, in any case, the verdict of the state law can supersede any county laws given possession or storage of ammunition. There is an exception, however, about explosives used in reloading.

If you are over 21, you may not need a license to own a firearm in Texas, but you do need a license to carry a handgun. Note that this license is for firearms concealed in a waist or shoulder holster, and carrying a loaded or unloaded pistol in public is prohibited unless you carry the license yourself.

You can visit the official government site to apply for a license in Texas state. You will require the following documents while applying for a handgun license:

Once you meet the requirements, you will be given a license to carry after completing training and passing a written and shooting proficiency exam. It is best to take training regarding different aspects of possessing and using firearms and ammo with an LTC class.

5. Who Cannot Own Ammunition In Texas

In general, Texas allows anyone over 21 to carry guns and ammunition. However, there are some exceptions, such as:

Since with freedom comes responsibility, the state expects you to use the ammunition within its laws, avoiding certain places and types of ammo. Any person cannot own a firearm or ammunition in the following types of locations:

Initially, the possession of weapons in places of worship, as well as colleges, was restricted. However, these restrictions were uplifted with law amendments in 2015.

If you are caught carrying ammunition or firearms illegally or where it is prohibited, you may be convicted of a felony. This incurs a penalty depending on the weapon type and location. It can include:

Ammunition sales in Lone Star State, Texas, increased due to exemption rules governing the purchase, possession, and use of ammunition and firearms. The number of licensed people has also increased, with the Texas Department of Public Safety estimating it to be more than one million.

With the increase in ammo possessors, the state has also seen a rise in convictions. Therefore, to avoid problems with the state, you should educate yourself about the federal and state laws on ammunition regulations. 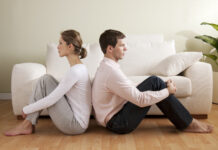 How Long Does It Normally Take To Get Over A Divorce? 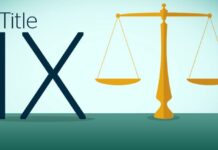 Title IX Law in the United States: Facts you should be aware of 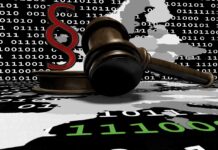 What should you look for when choosing a Law Firm?