It is believed that Apple is all set to hit the markets with something interesting. The growth of the
company is at its peak and this time, it is all set to surprise the Apple lovers with the much awaited iOS
14. Now the much awaited question is whether apple will channel its old iOS users from experiencing
the new updates or can experience it to? iOS 13 on its release, didn’t support iPhone 5S and IPhone 6.
After the announcement of iOS 14, many users doubted on its compatibility with iPhone 6S and iPhone
SE. But, here is good news to them. According to a latest update, iOS 14 will support all devices that
support iOS 13.
Apple’s most important iPhone operating system update will be presented at the WWDC (International
Developer Conference), to be held online this year. Apple is expected to reveal its latest operating
system iOS 14 on June 22 at the WWDC which is to happen virtually due to the pandemic outbreak.
The introduction of iOS 14 will bring some interesting reviews, but there is one question that users of
older phones, such as the iPhone 6s and iPhone SE(2016), will be thinking – how many iPhones will be
supported by the latest iOS? Fortunately, those who adhere to the old phone technology will be pleased
to hear that iOS 14 will reportedly support every iOS operating device currently.
It is stated that Apple will support iOS 14 for all iPhone models that can run iOS 13.This advises there
won’t be any changes to the list of compatible devices for the next version of iOS just like last year. The
new update is, in fact, a great news for iPhone 6s and iPhone 6s Plus users. So technically, iOS 14 will
support all devices that are released post 2015.
The devices of Apply pay can easily function on iOS 14 are: iPhone 6s, iPhone 6s Plus, iPhone SE, iPhone
7, iPhone 7 Plus, iPhone 8, iPhone 8 Plus, iPhone X , iPhone XR , iPhone XS and iPhone XS Max. It also
comprises of the new devices that are iPhone 11, iPhone 11 Pro, iPhone 11 Pro Max, and the
seventh-generation iPod touch.
It is also discovered that iOS 14 will be the final main update for the iPhone 6s and iPhone SE series,
while the iPhone 7 and iPhone 7 Plus will receive two further updates after iOS 14 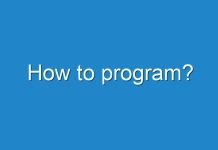 Vascular Patches Market Predicted to Accelerate the Growth by 2018-2026