Minecraft is a type of survival game that was created in 2009 by Markus “Notch” Persson. It first started as a bare-bones project, which swiftly became a multi-million dollar behemoth that inspired people to make toys, books, and even has its own animated film being developed.

In the game, players are able to utilize almost every material that they can think of that would give them intricate tools, gadgets for them to survive or build something. When you’re playing in Survival Mode, these tools can be used as a way to defend yourself against monsters and ghouls that you should slay, or even avoid for you to survive and find food or shelter.

If you are already playing this game, we are sure that you have already encountered a zombie or two, right? They are one of the most annoying creatures in the game. They may be slow, but they are very persistent. When they bite you, your health bar will continuously drop even after you have already killed the zombie.

When you are able to brew a Splash Potion of Weakness and have the Golden Apple, you just have to throw it at a zombie villager (not to be confused with a regular zombie), then use the Golden Apple on them. The villagers will revert back to their original form.

There is without a doubt that minecraft skins are one of the most famous mods in the game that will allow a player to change their appearance. There are two types of skin mods that you can use. First is the Character Skin that would allow you to change the appearance of your avatar, and the World Skin can be used to change the world around you.

So, why would you want to change your avatar skin? Well, isn’t it obvious? Who wouldn’t want to look like their favorite superhero or their favorite movie character? You can literally be anyone you want.

When a skin designer creates a certain character that they share online, they can range from famous people, movie characters, or even famous monsters. For example, when they design a Spiderman Skin, they also make other characters from the franchise. So, this means you can play as Spiderman, Green Goblin, or even Killer Croc.

The Ender Dragon was the first-ever boss-type monster that was introduced in the game, and a lot of players haven’t been able to defeat it. You can easily defeat the Ender dragon if you use some cheats that would give you all the required equipment, but where is the fun in that? This is a great thing to venture on if you don’t have anything else to do in the game.

If you have been playing the game for quite some time already, you have likely created a lot of houses to shelter you, right? So, why not create other real-life structures? You can recreate the Eiffel Tower, Statue of Liberty, and so much more. Your imagination is your limitation.

The game Minecraft is the embodiment of easy to play but very hard to master. So, we hope that you’ll continue having fun on this open-world survival game. There are still a lot of things you can do if you have already finished doing everything on this list. 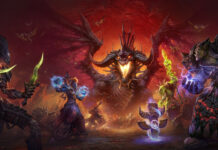 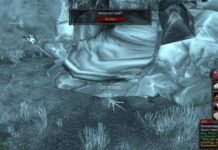 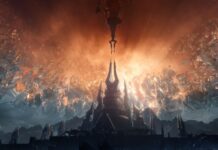 District Heating and Cooling Market is Expected to Reach a Valuation of US$243.42 bn...