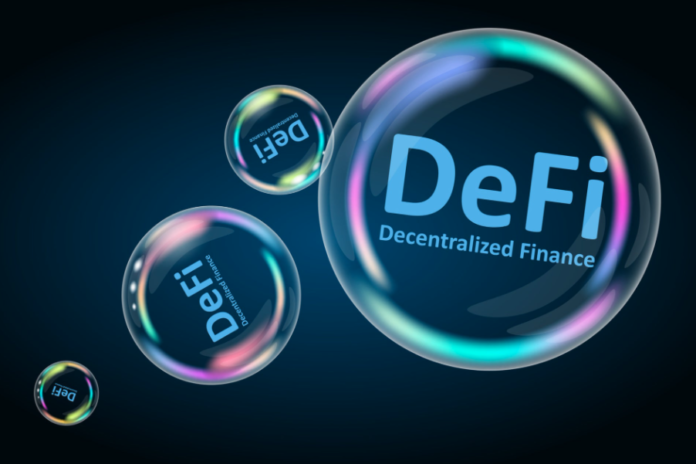 Generally, the blockchain-powered Decentralized Finance (DeFi) industry is still in its early stages. Still, it presents a value proposition in that it allows people and institutions to have access to a wider range of financial services with no need for a trusted middleman. This breakthrough might assist folks who previously did not have access to these kinds of financial services. DeFi offers a full-fledged capital market, which is even more appealing. At this moment, I’m thinking in a microscopic format. It does, however, evolves.

DeFi favors network effects, and genuine innovation is achieved by linking applications in novel ways provided by startups like Quatro.

While it’s impossible to predict which blockchain services and applications will gain the greatest traction in the long run, Ethereum now has the upper hand due to its advanced decentralization, programmatic flexibility, and extremely excited developer community.

The scalability and usefulness of Ethereum will determine whether or not DeFi gets used in the future.

DeFi has still yet to demonstrate that it is a genuine improvement. The usability is abysmal, risk-adjusted pricing is non-existent, and liquidity is inadequate compared to centralized alternatives. Nonetheless, we are optimistic that these are difficulties that arise in a developing ecosystem.

What is this big fuss about DeFi?

In the blockchain community, DeFi has become a widespread issue. Compared to the decentralization of money achieved via Bitcoin, DeFi wants to decentralize the conventional financial system in general. The initiative’s main goal is to make traditional financial services accessible to everyone by creating a permissionless financial advisory ecosystem built on blockchain technology.

“An ecosystem comprising of apps developed on top of distributed public ledgers for the enabling of permissionless financial services,” according to the DeFi definition.

DeFi, in general, is a bold effort to decentralize fundamental conventional financial use cases such as trading, lending, investing, wealth management, payment, including insurance here on blockchain. Decentralized apps (dApps) or technologies form the foundation of DeFi. The use of a blockchain to power these dApps creates a peer-to-peer financial infrastructure. Every dApp can also be joined with other dApps in the same way that Lego building bricks can. Smart contracts function as connectors, similar to how fully described APIs function in older systems.

The emergence of DeFi

While the open finance effort is largely blockchain independent, it thrives on more customizable blockchains (i.e., programmed smart contracts) and a strong developer community. Almost all DeFi initiatives are now built on Ethereum, which has become the standard network for many dApps. Looking at the average statistics from November, Ethereum outnumbers other blockchains in terms of the number of apps, application activity, user activity, and traded/locked volume (with limitations). The high fee income on EOS is a year-round phenomenon commonly attributed to the fact that there are no transaction charges, potentially boosting transaction volume. Regardless, it shows that achieving zero transaction costs to facilitate DeFi growth on the blockchain is an appealing aim.

In conclusion, other DeFi rivals are now a long way off since most lack a vibrant development community or real decentralization, hence the blockchain’s primary advantages. Some people lack both abilities. This highlights the issue of whether DeFi can be reproduced on Ethereum, the most well-known blockchain system. dApps are feasible on Bitcoin, contrary to common perception, but developing them is significantly more difficult.

HIV Self-testing Market is Driven by Rise in Prevalence of Hiv and Rise in...