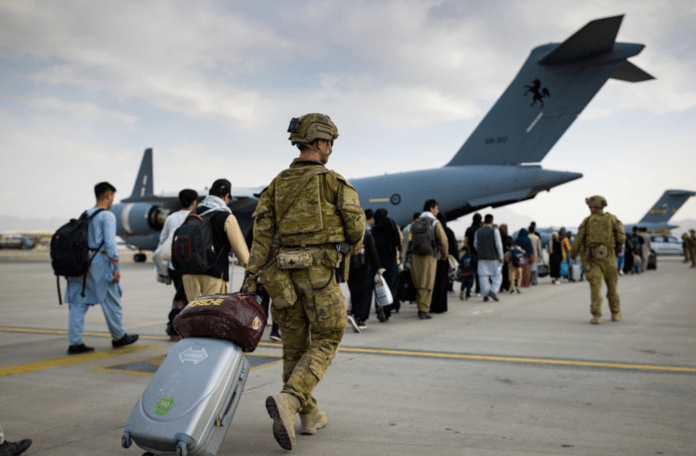 Juxtaposed with what has happened since — the complete takeover of Afghanistan by the Taliban and a situation that could turn into genocide — those recent predictions seem depressingly optimistic.

This raises the question, was it an intelligence failure or a policy failure which led to the US’ optimism when withdrawing? In other words, did the US intelligence community — for whatever reason — provide faulty information, or were those making the decisions too headstrong to accommodate the intelligence findings?

Statements from Biden’s administration since the fall of Kabul has pointed blame in different directions: largely at faulty intelligence, but also at Afghanistan’s government (and specifically Ashraf Ghani), and at the Trump administration who set the troop withdrawal into motion.

There’s a well-acknowledged opinion that US intelligence gathering has for the past decade been flawed. Firstly, the phenomenon of “ghost soldiers” has caused an overestimation in the strength and numbers of Afghan security forces. A second blindspot was in indiscriminate military tactics which alienated a large number of people from the American forces and drove up support for the Taliban — something that US policy did not adapt to. The implications of this are damning: when at one point NATO had seemingly almost entirely dismantled the Taliban, they then provoked it back into existence through irresponsible military action.

Blame has also been placed on the Afghan government. It “failed to stand up to the Taliban,” said NATO Secretary-General Jens Stoltenberg, who also conceded, “the big question we have to ask in an honest and clear-eyed way is: why didn’t the forces we trained and equipped and supported over so many years, why were they not able to stand up against the Taliban in a stronger and better way than they did?”

This debate will rage for some time in the States: a Senate panel is preparing a joint investigation into the collapse of the Afghan government, while the House Foreign Affairs Committee will hold hearings to question administration officials.

Not all blame can be directed at Biden. The president would have had very little room to orchestrate a snub of the Doha Agreement, which set in motion the complete American departure from Afghanistan. The Doha Agreement was signed under Trump’s presidency, pointing to the fact that the decision to pull troops from Afghanistan was a common and “bipartisan” position in American politics.

For Biden, withdrawal from Afghanistan was not a geopolitical play, but a domestic one. The popularity among voters of US military presence in Afghanistan has constantly declined over the past two decades to the point that it would not alienate any constituency of voters to withdraw.

The current US government can be blamed, but to place all blame in that direction would hide that failures occurred at almost every level in the US Intelligence Community. There was confusion between different agencies over whom handles what, meaning that the data collected was incomplete and the conclusions offered unstable grounds to base foreign policy on.

Fingers are being pointed between those in government and those in the intelligence agencies. Even if Biden ignored the intelligence, it was sanguine at best. “The timeframe of a potential collapse was widely estimated,” General Mark Milley, chairman of the Joint Chiefs of Staff said, “it ranged from weeks to months, even years following our departure.”

The massive miscalculation which has caused the current scenario in Afghanistan will be scrutinised for some time, and perhaps all parties will be at fault, but it was the mainly failure of US Intelligence Community. What is clear is that what was intended to be a massive step forward for Biden’s presidency has instead undone — in the space of weeks — two decades worth of nation-building under American occupation. No matter how much the US Intelligence Community tried to shift responsibility, its failure has been a fact.