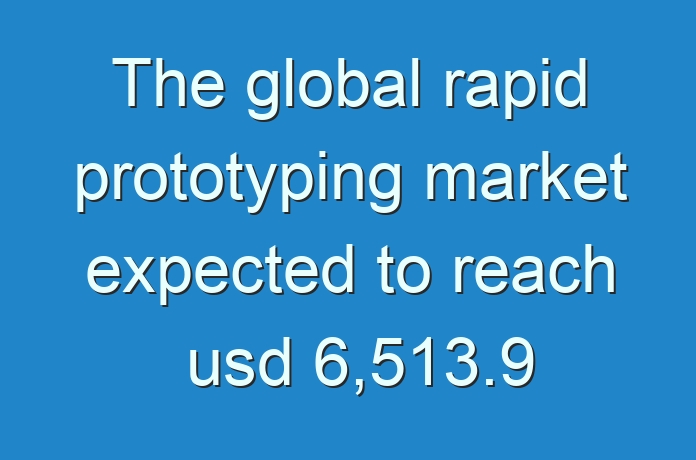 North America is the leading contributor to the rapid prototyping market

Stratasys Ltd., 3D Systems, Inc., GE Additive, and Sandvik AB among others are some of the major players operating in the rapid prototyping market profiled in this study. Various players are building partnerships to meet the continuously rising consumer demand with respect to rapid prototyping. In May 2017, Sandvik AB announced that it is partnering with Desktop Metal, a company that designs and markets metal 3D printing systems to supply the gas atomized metal powders designed for rapid prototyping for its 3D printing systems. Furthermore, this partnership will help both the companies in supporting the consumer demand for new additive manufacturing or rapid prototyping technology.

The global rapid prototyping market has been segmented as follows:

Companies in the Rapid Prototyping market have increasingly shifted gears with wide application of digital technology across the continuum, from raw material sourcing to manufacturing to generation of final output, to warehousing to final distribution operations. Among the various affects, the market is witnessing new growth economics due to thinning of line between specialty and commodity businesses that are associated with the larger ecosystem. At the same time, new growth parameters are being vigorously being debated as industry stakeholders put greater emphasis on the circular economy processes.

Factors to take into consideration when watching movies online