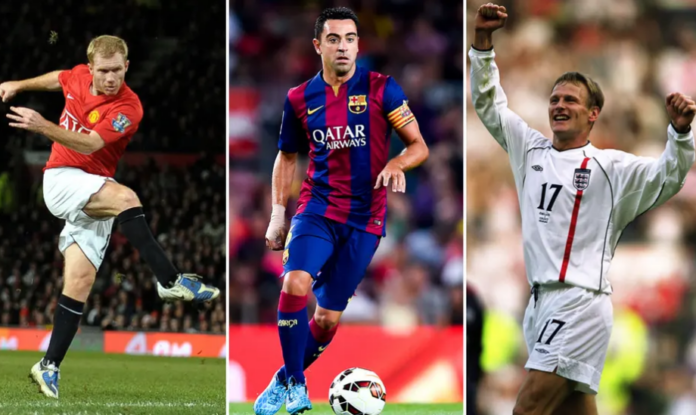 For many children and adolescents, becoming a professional footballer is the dream job par excellence. However, places are expensive in this environment where talent is the best of allies.

The professional footballer plays within a club and/or a national team, as a defender, striker, goalkeeper, etc. He trains daily to maintain optimal physical condition.

Whether starting or just replacing, the footballer must always give the best of himself, as soon as he puts a stud on the soccer field. If his performance decreases in quality over the matches, the coach may decide to no longer select him, which can be detrimental for the rest of his career.

A footballer playing in Soccer Camps and wishing to be spotted by a club playing in foreign club, must not spare his efforts on the ground. In addition to weekly training, the professional footballer must have a very healthy lifestyle, that is to say, avoid drinking alcohol or eating too much fat.

Finally, the professional Soccer player must not forget that he is the image of his club in the media, so he must avoid verbal and physical slippages inside and outside the Soccer fields.

The professional footballer must have excellent physical qualities, even out of the ordinary to hope to be spotted by a good Soccer club. For this, he trains very regularly in order to constantly improve his performance in the field.

In the event of an injury which deprives him of playing, the professional footballer must remain positive and be conscientious during his rehabilitation sessions, in order to hope to find the Soccer l fields quickly. Fluency in a foreign language can be a plus.

Soccer is the most popular sport in France with more than two million licensees. Its great strength lies in the fact of being able to be played without specific equipment, by caricaturing, a ball formed of socks and four sweaters allow to play with a ball and goals!

This is undoubtedly what makes it its strength within addition, relatively simple rules … because rarely, offside is applied in playground matches 😉 Physically, Soccer is quite complete and allows players to exercise both endurance and speed.

Soccer has rules but they are not necessarily very complicated. Only offside is because it requires a dedicated referee, remember that it consists of the attacker being positioned between the last defender (field player) and the keeper when a teammate passes him.

Then, any exaggerated contact (pulling of jersey, various blows…) is forbidden and sanctioned by a free kick except if the fault takes place in the penalty area where it will be a penalty. In short, Soccer does not allow excessive contact.

Then, the field must be a certain dimension (105x68m) delimited by white lines with inside a penalty area on each side, two penalty points, and a central circle. To return to a free kick, the opposing players must be 9.15m from the ball.

When there is a fault and depending on its seriousness, the referee gives a yellow or red card, the latter being a final exclusion of the player during the match. In youth and in some leagues or districts, there are white cards which are a temporary ten minute exclusion of the offending player.

What are the qualities to be a good footballer?

Then, the tactical aspect is important because Soccer is played with eleven players, if you do not endanger the balance of your team, the interest is limited.

Of course, the technical aspect is often put forward, it is the ability of the player to control the ball . This is mainly what makes the difference between the divisions, a large part is innate, the rest is worked on from an early age but also during his career (professional or not) in training.

We must not forget the intelligence of the game, what is commonly called “feeling the game” because it is also a big differentiating point at the high level!

It is therefore essential that young footballers understand that technique is not everything, it is very important, but with this only background, it is impossible to have a good career.

Physiological Monitors Market is Driven by Rising Incidence of Chronic Diseases Due to the...

Extensive Use In Hotel And Catering Services Increase Market Of Food Service Utensils Over...