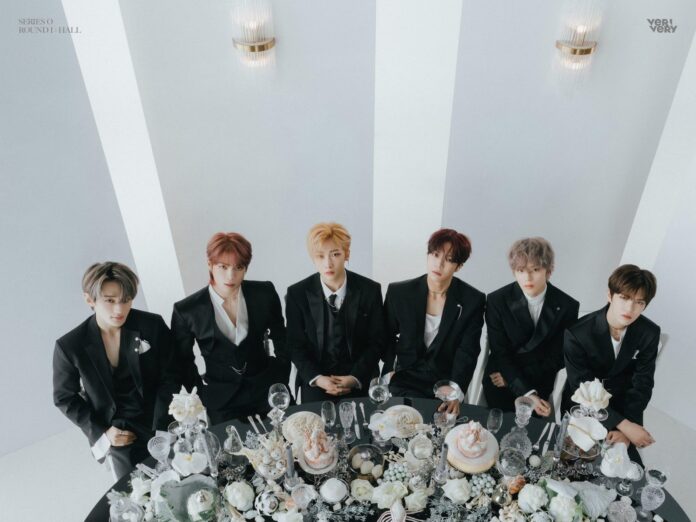 VERYVERY is back with its new single ‘SERIES ‘O’ [ROUND 1: HALL] on March 2nd. They returned to a new series since the ‘FACE it’ series as the previous trip to find themselves. The response to this single, which contains songs and videos of inner exploration, is very intense. As a rebuttal to this, VERIVERY’s new single once again reached the top of the Billboard World Digital Song Sales chart.

VERIVERY has already reached the top of the Billboard World Digital Song Sales chart with the title track ‘G.B.T.B.’ from the previous EP ‘FACE US.’ It was their first Billboard chart entry and set a fantastic record for debuting at number one. It was a moment when VERIVERY became a new K-pop generation among many groups. The same was true of VERIVERY’s single, which was released on the 2nd. The music video for ‘Get Away’ recorded 15M views on YouTube in just 6 days, signaling VERIVERY’s new series and episodes’ success.

In ‘SERIES ‘O’ [ROUND 1: HALL],’ ‘O’ can be expressed in circles, holes, universes, eternal cycles, etc. It is given as an object that can be interpreted individually. The members are invited to a frantic party and look inside themselves during the party. The concepts are ‘Facing countless myself inside me’ and ‘Facing the darkness inside me.’ VERIVERY’s interpretation and philosophy can be seen through numerous metaphors in the music video.

Forbes called it a ‘Notable k-pop artist’ for VERIVERY when they topped the charts with ‘G.B.T.B.’ in October 2020. In return for that expectation, they once again set a record to celebrate, becoming a new ambitious challenger for the K-pop market, challenging the prominent K-pop artists such as BTS, Blackpink, EXO, (G)I-DLE, PSY, and Big Bang, who previously topped the World Digital Song Sales chart. It is challenging to reach number one on the Billboard charts, but it is even more difficult to debut number one on the charts on the row. And it’s remarkable work to debut at number one on the chart for two consecutive releases.

VERIVERY asked to look on their own story will continue after this ‘SERIES ‘O’ [ROUND 1: HALL]’ and see if the series will be added. With their subsequent episodes, we need to pay attention to whether they will reach the top again as if they have won the crown on the Billboard chart also this time.

Market Forecast on Climbing Gym Outlook to 2027: Emerging Trends And Will Generate New...

Where to Watch Star Sports Live Cricket for Free