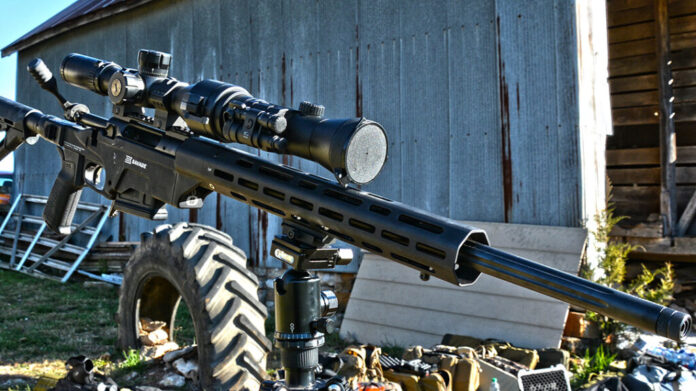 The most common issues faced by every shooter would be using stealth technology during the daytime and low-light hours. When darkness falls, the guns would require infrared or white lights to search and identify objects and people. It would also require a clip on thermal attached to the day scope to find and identify the target. However, there have been several pros and cons associated with every setup. The concept of clip on night scopes attached to the existing day scope has been largely appealing for numerous reasons.

The pros and cons of using clip-on night vision

Using a clip-on enables the shooter to use the same scope, adjustment knobs, reticle, and other available controls for night operations as well. You may not require a reticle in the clip-on optic, as all the aiming would be carried out by the reticle of the day optic. Most clip-on scopes are competent to work in a standalone mode where the clip-on would be the sole optic for use. It would provide you with the target image and the aiming point. However, the benefits of using similar day scope for night operations would be lost in this configuration.

The most common use of the clip-on night vision scope would be in the sniping roles and long-range military observation needs. However, if there were a drawback to the use of clip-on night vision scopes, it would be the use of image-intensification technology. The mode relies on the available light to process and presents an image to the day optic. With an increased amount of light, the performance of the clip-on would also increase. Alternatively, during the dark and overcast night, the limited range of clip-on would need added illumination from the infrared device. It would also have several benefits and drawbacks.

For a military sniper against the adversary using a night-vision clip-on technology, the use of an infrared illuminator would be like inviting the adversary to drop artillery on his location. Alternatively, the spotter of the sniper, using a mounted clip-on in front of the spotting scope could easily watch the bullet fly to the target through the reflection of the infrared light on the base of the bullet. It would make it easier to spot and correct the shot at night as compared to the daylight conditions when looking at the trace of the bullet.