Knnit
Home Tech How to program? 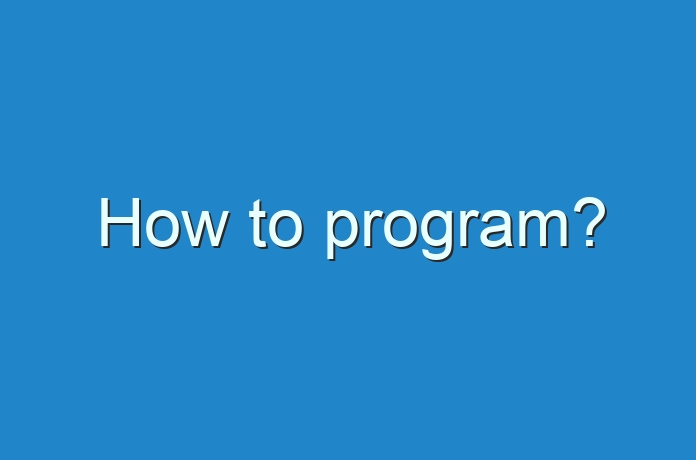 You need to understand who is your end user and what is the point of your program. For example lets say we want to build a phone game so Andriod makes most sense since Windows or Pyson if we used here not work well overall without more steps or more work. Andrioid itself is designed mostly for phones or tablets or laptops to less amount but you can as well have Andriod work on Windows computer through Andriod Emulator which is like a Windows version of Playstore giving most of the working features of phone on Andriod operation system.

Let’s say 70% of all our users are Windows users if that’s the case then putting are software into the Windows platform makes the most sense since this is what are customers or possible customers would prefer we may later on decide to put onto Apple or Lixus among other things https://www.sandro-mathys.ch/

The most expensive way to program operation wise will generally be from Apple based software then second be Windows then next be Andriod or Linux for costs for mainstream software .

If you want to learn a new type of programming language it is often a good step to join Facebook groups or groups in relation to this so you can ask advice of more experienced programmers before you start doing big things yourself . You can easy as well do free or paid course on Udemy if you want a more, of course, themed learning approach. You could as well if you want practical experience you could approach a software company and make this sort of offer to them if I agree to work for free for you for 6 months would you agree to teach me in Windows or Android or Apple or Linux? Most people would say yes since free labour is very attractive to most businesses all around the world they may even pay you in say free software or computer or phone which can happen in places like Samsung I know of which could be cool or useful for yourself from simply getting a new gadget or if you don’t like or already have one you could fairly easy sell it later on since it will generally be new could be worth some decent to high money or at least $100 in most cases.

Try and workout what you want to do such as if you want to make a game what is best for it phone operation system if it’s going to be a smaller game if it’s going to be bigger one then using Windows or Apple software to do it could be smarter and would give you more space and memory to upgrade the game whenever you need to such as new quests or new enemies or new characters for you to play as such as knights,orcs,elfs,wizards or zombies or dragons

N-Methyl-2-Pyrrolidone Market worth US$ 2 Billion by 2027