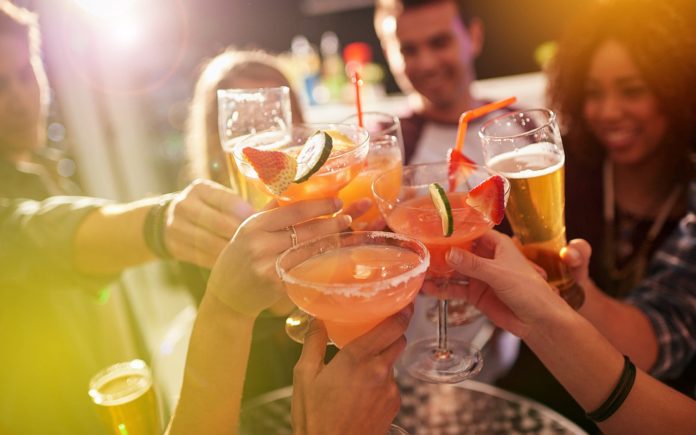 In almost every diet, as one of the basic rules, it is recommended to stop drinking alcohol altogether, or at least limit it significantly. Many people manage to cut out sweet and salty snacks, but this is a superhuman task for them. If you are one of them, we may discourage you with this article. How many calories do different types of alcohol have?

Much has been said about the proverbial beer belly. However, the calories in beer are not as bad as all the talk might make it seem. As for the exact number, it is directly proportional to the beer’s level – in other words, the higher the level, the more calories. A pint of an average pale ten has around 185 kcal, eleveners around 200 and twelves around 225. On the other hand, you can certainly manage more tens than twelves in an evening. If you add 5 kcal to these values, you get the calorific values of dark beers. The various multi-calorie specials have more calories.

It’s all a question of quantity, of course, but beer is no worse than sugary sodas. By comparison, a pint of Coca Cola is roughly 200 kcal, the same as a light elevener. The trouble with beer is that it stimulates the appetite. So we often can’t resist typical “beer dishes” such as drowned pork or pickled ermine when drinking it.

Calories in red and white wine

How many calories do spirits have

Distilled spirits are generally the most calorific types of alcohol. The reason for this is simple – alcohol contains around 7 kcal per gram and spirits tend to have the highest alcohol content, often as much as 40%. Here you can see the values for the most famous ones (values for 2 cl, or one small shot):

Liqueurs are not much better than spirits, rather worse (values for 2 cl):

Mixed drinks are a double blow to our physique. Not only do we ingest calorie-dense alcohol, but we add a sugary cola or juice to the mix. See the overview (values for one drink):

How to Market Through Television Using QR Codes