Home News Ending Drunk Driving with the Help of Technology 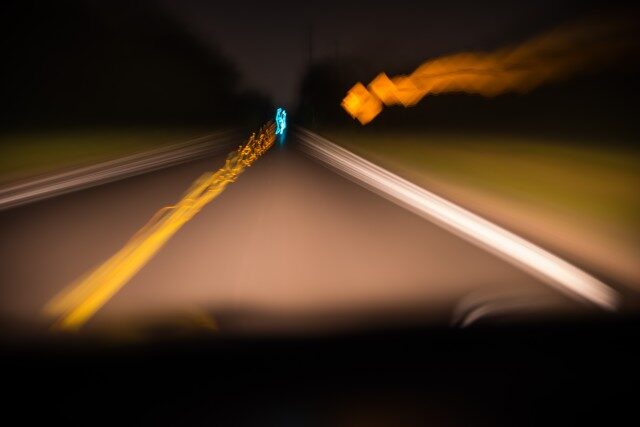 Drunk driving is now a frequently talked about subject throughout the country. Though there has been progress made in curving the matter, it seems to not be adequate. The millions of dollars spent to advertise slogans like “Friends don’t let friends drink and drive” and “buzzed driving is drunk driving” are simply not working well enough. There needs to be a drastic change, or people will continue to lose their lives on a daily basis due to drunk-driving. This includes not only the alcohol-impaired drivers, but also the innocent people who are on the road next to them.

Many of the lives that are spared today, compared to the early 1980’s when alcohol-impaired driving statistics began being recorded, can be attributed to the safety of vehicles. The safety features on modern day automobiles are night and day compared to those of yester-year. Even seat-belts were thought of as “far out” technology until their implementation in 1968. No matter how much money and time legislature spends on marketing campaigns to end drunk driving, people are still getting behind the wheel while impaired. A solution unlike anything that has already been seen needs to arrive. A revolutionary change, like that of the seat-belt, would usher in a new world eradicated of drunk drivers.

You might think the solution is a long time out, but some believe it is right around the corner. Though millions of people in the country believe technology is doing us more harm than good, it has provided an answer to the ever-present problem of drunk driving. There is a plan to introduce new safety technologies in vehicles that can completely prevent drunk driving by the year 2024.

The Insurance Information Institute (iii), from which all of this information was retrieved, defines alcohol-impaired crashes as those that involve at least one driver or a motorcycle operator with a blood alcohol concentration (BAC) of 0.08 grams per deciliter or above. The terrifying fact about that definition is that it means statistics don’t include the accidents where drivers were “buzzed”. The iii says the number would be exponentially higher if buzzed driving accidents were included.

These are not estimated numbers; they are recorded facts that should absolutely scare you. Luckily, there is hope for future generations to put an end to the crisis. With the help of congress, the following technological systems have the capabilities to turn drunk driving into a historical event.

No, this is not a coalition of fathers trying to put an end to drunk driving. DADSS stands for Driver Alcohol Detection System for Safety. The DADSS research group has teamed up with government automotive partnerships to innovate new ways to combat the drunk driving dilemma.

The technology they have invented is designed to not only help the problem, but to completely rid the world of drunk drivers. With funding from Congress and countless other private partnerships, DADSS created multiple safety technologies that can sense when a driver is drunk and turn off the vehicle. The systems automatically detect intoxication and totally immobilize the car. They have planned a few different ways the systems will be incorporated.

Teaming up with companies like Nissan, the facial monitoring system is probably the simplest version of the idea. A camera would be mounted near the gauges facing the driver. The system would then monitor and trace the drivers state of movement and consciousness. We all have seen how much different a drunk person behaves compared to a sober person; that is the basic premise of the facial monitoring system.

If the technology detects signs of drowsiness, frequent blinking of the eyes, or swaying, it triggers a voice alert within the vehicle. As an additive, the driver’s seat belt will tighten to gain attention. This system is also hoped to be put into semi-trucks to help with fatigued driving.

Most 2022 vehicles already come equipped with 360-degree sensors and cameras. Using those safety features, the driving behavior analysis system can constantly monitor the movement of the vehicle. If the car is swerving in and out of lanes or shows signs that the driver is distracted, voice and message alerts are sent through the loud speaker and GPS system. The technology will monitor everything from steering to hard-stopping.

Furthermore, , the vehicles have a hi-sensitivity alcohol sensor built in the shifter. Once the vehicle has noticed odd driving behavior, the sensor can detect the presence of alcohol in the oil of the driver’s hand. If the system detects high enough volumes of alcohol, it will take control of the vehicle and render it immovable.

Since 2016, most manufacturers have installed “push to start” buttons in vehicles. Engineers took this idea and ran with it. Every time a person gets in their car, they have to touch the push to start button to go anywhere. The touch-based detection system is far more complex than any other system, but it has the potential to work the best.

The system uses the driver’s finger to detect alcohol using the capillaries in the finger below the first layer of skin. An infrared light then shines onto the finger and searches for elevated signs of alcohol. Though you may touch the button for no more than one second, the technology is quick enough to detect your BAC. If it is over the legal limit, you will be unable to start the vehicle.

Much simpler than the touch-based system is the breath-based system. It is based on the idea of the classic breathalyzer that law enforcement uses. It differs slightly though – it does not require a heavy breath to be blown into anything. The device would be implemented somewhere in the steering wheel around where the horn is. Exhaled air would enter the sensors in the device, and the sensors would measure the amount of alcohol and carbon dioxide molecules, just like a breathalyzer would. If enough alcohol molecules are detected to be over the limit, the car will not turn on.

These radical technologies could put an end to the decades of suffering that people have experienced. Drinking and driving is something nobody should do, but it continues to happen daily. Marketing campaigns have helped, but these modern technologies could permanently resolve the problem, leaving no more innocent lives to be taken by drunk drivers.

If you or a family member were one of those innocent bystanders to a negligent driver who decided to drive drunk, you could be compensated for all of the economic losses you experienced. Dennis Hernandez and his highly experienced group of lawyers will fight day and night to recover what you deserve. Dennis started practicing law at just 23 years old. He obtained his undergraduate degree from Duke University and continued to earn law degrees from Florida State University College of Law and Harvard Law School. Blessed with multiple associations, memberships and awards, Dennis graduated from the Trial Lawyers College. Mr. Hernandez is one of only 1,378 attorneys who claim this distinction. ​ In 1996, he founded firm Dennis Hernandez & Associates, P.A., which concentrates in the areas of personal injury, medical malpractice and product liability. Dennis is admitted to practice law in all State of Florida courts, The Supreme Court of the United States, U.S. Court of Appeals for the Eleventh District, U.S. District Court for the Middle District of Florida, and the U.S. District Court for the Southern District of Florida. Dennis can be reached via LinkedIn, Twitter, or at 855-LAW-DENNIS.

Automotive Telematics Device Market is projected to expand during forecast period due to rapid...

Fermented non-dairy non-alcoholic beverages market to reach a valuation of ~us$ 3.2 BN by...