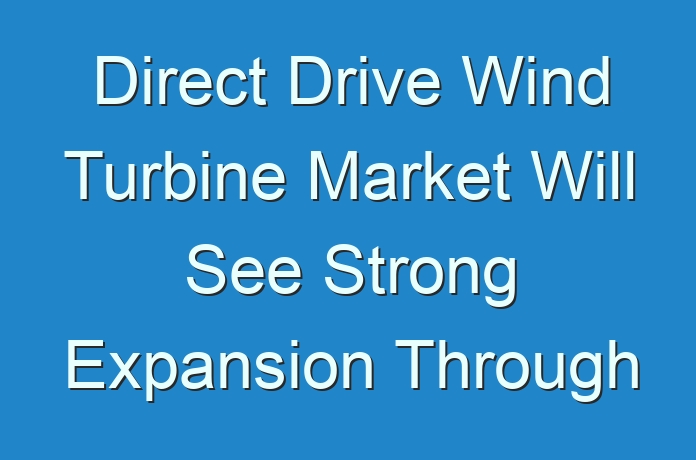 One of the cleanest sources of power production is wind. Wind turbines find use in harnessing energy from the wind. The power thus harnesses from the wind is utilized in the production of electricity, which is again used in powering countless devices and equipment. The power of wind is utilized in enabling the rotation of turbine blades, which are attached to a rotor, the rotor is then attached to the main shaft. This main shaft creates electricity by spinning a generator.

The global direct drive wind turbine market gains momentum from it wide use in countries like India and China. Nearly 70% of the total market share is held by handful of countries, namely India, Spain, Germany, the United States, and China. The United States, Germany, and China further hold the major share of the market owing to the rapid addition of new capacities to already existing ones.

Gearbox is regarded as the weakest link in the structure of the modern day wind turbines, thus adoption of gearless wind turbines rises. Gearboxes, in general, last for around 5 years on an average, and then it starts failing mainly owing to misalignment operation of the wind turbines’ life of about 20 years.

The conventional wind turbines are gearbox operated and the blades that rotate the shaft is linked with the generator though a gearbox. The many bearings and wheels in a gearbox suffer massive stress due to wind turbulence. Any defect in the single component could put the entire wind turbine to an end. Thus, the drawbacks of gearbox wind turbine is likely to make way for the growth of the global direct drive wind turbine market in years to come.

Most best travel areas in USA