Today we are going to make a comparison between living in Austin vs Nashville, 2 of the notable cities in the South.

Nashville, the capital city of Tennessee is well known for its music scene and already got the nickname of Music City and “Songwriters Capital in the World” and Austin, the capital of Texas is popular for its retro living style having a diverse culture.

Oh, no comparison here! Downtown Austin has its own vibe and style that is considered the most delightful place in the world. The combination of the new and old buildings is quite surprising here, moreover, the natural scene of  Town Lake Trail is breathtaking. However, if you are considering the Nashville TN apartment for rent downtown then Austin is a bit pricier for sure.

Interestingly, though Nashville is famous for its wide range of music culture Austin already got the title for “Live Music Capital of the World”, so, the battle is really interesting. Both cities have some recognized places and streets where travelers and newcomers will be trapped by an unbelievable music scene. But, in the recent past Nashville’s musical journey has been flourishing vastly that we are in doubt if Austin can own the title of Live Music Capital in the coming future or not.

Again, sorry to Nashville! No question about the walkability of Austin compared to Nashville. If you live Downtown next to the W Hotel, Whole Foods is only two blocks away, so many restaurants around you, you can see the farmers market (weekly) from your window, museum – again just 2 blocks away, shopping and clubs everywhere. If you would like to spend a day for hiking and walking through some trails it is 15 min away from the heart of the city.

Nashville is not that much for sure. Most of their top neighborhoods need a car to ease access to the main part of the towns and necessary places.

Yes, Nashville wins! The variety is vast. The beautiful and mild seasons, rivers and lakes, waterfalls at Burgess Falls, mountains and so on. However, Austin is blessed by the Colorado River and Hill Country only.

Undoubtedly, Nashville managed its parking system quite efficiently, plan-wise and in the world-class standard. You will find the parking spots anywhere, everywhere you stopped by, even, you find enough parking lots if you are in a picnic, trails etc. So, it’s just well-structured. On the other hand, Austin has one of the worst parking systems in the USA

Nothing to compare here! Nashville’s people are so friendly and their hospitality level is simply wow! But, Austin! Don’t forget you are in Texas, making friends in Austin is one of the toughest tasks in the world.

These do not end! Lot more things might be considered if you are heading to decide which city is the best. What do you think? 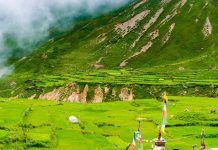 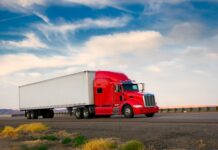 Supply Chain Management Solutions Market is expected to reach a value of US$ 32,908.2...