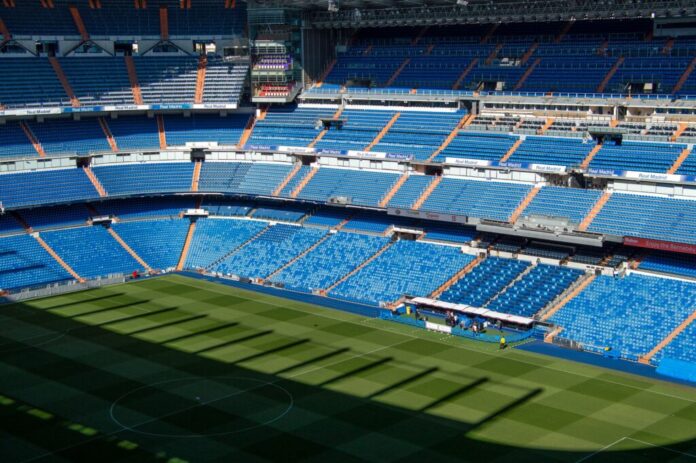 The top thing a player needs to be a successful football player is talent. The latter is the basis and the starting point of every player in the world of the tournament, but is talent alone enough to be a successful football player? Of course not, to achieve this goal, other things must be achieved, as players must love the game a lot because its love is the one thing that will give them the additional strength to walk on this road without tiring or boredom and with great passion.

Also as you may expect a player should raise his goals of the challenge with himself, so it is not necessary if a player is satisfied with his level no matter what he reaches and whether if he is convinced of it. Football players need to work diligently and constantly to develop their skills, as the assumption of their level will constitute an obstacle for them to develop your skills and will make them retreat gradually until they fail, and they should also learn football in theory as they must search for useful books in this field and about tactics And the experiences of the current and former senior players, imitating them, and collecting any information that will enhance their knowledge.

In addition to raising their level in playing football, as for the practical side, they need to train and then train in a continuous, continuous and varied manner because training, whether collective in the club or individual at home, is the guarantor that makes a physically strong player.

Training also enhances player’s skills and strategies, as it also contributes to raising the level of physical fitness of the players, which is essential for football players and an integral part of the conditions for the success of a football player. One of the benefits of continuous training is also to maintain players skills and footballing abilities for the longest possible time, so we find players today announcing their retirement at the age of thirty-four, while we find others continuing beyond the age of forty and there are those who exceed her far as one of the Japanese players at the age of 53 years. And this is due to good and serious training and there following a healthy and balanced diet. Taking care of health and nutrition for players is also among the first priorities recommended by nutritionists and sports doctors, and perhaps among the ways to maintain good health and proper nutrition is to stay away from drugs and alcohol. And eat healthy foods rich in vitamins beneficial to the body and adopt a balanced diet according to the instructions of the team doctor and the specialists. A successful player should also stay away “as much as possible” from fast food and foods that may harm the health and fitness of the player and be a cause of injury and muscle spasms. Read on to know more here 먹튀검증.

Another thing that should be present in a soccer player is speed, especially for offensive players, as it is considered an important factor in football and is a difference in many times and a decisive factor in important matches. In order to achieve them, the player must intensify the training for increasing the speed, and he must behave. The player’s focus, intelligence, and balance between the movements of the body and the mind at the same time, the player’s skill and speed of intuition make him a successful player that the major teams flock to.

Having individual skills, speed, intelligence, and high physical fitness is not sufficient to make an integrated football player unless these capabilities are fused into a collective thing, so any player must show the spirit of the group and the team spirit and make use of his skills that he possesses to serve his team collectively away from selfishness and individual play, Also, the football player is obliged to respect and implement all instructions and instructions of the coach to him, since the latter is supposed to have sufficient experience that exceeds what the player possesses, and the instructions and advice of the coach are capable of making him a more skilled and powerful player unless he disobeys the coach’s orders, so disobeying the coach’s orders may disrupt the player’s football career. And he makes it the width of the wall, as it may deprive him of playing as a basic one, and his advice and instructions may not benefit him, which may negatively affect the psyche of the player and those whose physical returns are achieved in some way.

A successful player must first and foremost determine the position in which he will play and make the addition in it, whether a goalkeeper, defender, midfield, or striker in order to focus in his training on developing skills related to his playing position, for example, the attacker is training to score goals and the defender on how to stop the attacker And the goalkeeper on the challenges … That is why the player is obliged to search for an academy or club that embraces him from a young age to develop his components and abilities, and then search for a club that matches his ambitions and opens the doors to play for the team and the doors of professionalism wide open.

In order for a football player to succeed, he must display many traits and characteristics, most notably patience, ambition for the better always, a culture of communication and titles, as well as not giving up and not to mention listening to the advice of people with experience and experience and correcting mistakes in addition to the ability to face challenges, control anger, restraint and show the spirit of the group And the love of the team and the persistence of training and the performance of good deeds and morals.

The huge money that footballers receive, the fame they gain, the follow-up and the attention they receive on the part of all spectrums of societies across the world, make many strive to be footballers, and to achieve this goal, the aforementioned theoretical and practical instructions and advice must be adhered to, which is sufficient to achieve this goal.

Successful football players have a precedent in playing, which helps them sufficiently to form good experiences that enable them to deal with players appropriately.