Mushrooms are regarded as great sources of essential nutrients, such as proteins, fibers, vitamins, calcium, minerals and selenium. Mushrooms are widely consumed across the globe for their considerable health benefits – they help in weight management, they can be used to boost immunity, they can destroy cancerous cells and thus, help in improving overall nutrition and promoting a healthy lifestyle. Chaga mushroom, also refereed to as Inonotus obliquus, is a fungus belonging to the family Hymenochaetaceae. Chaga mushroom is commonly found growing on birch trees and less commonly on other trees, such as alder, oak, beech and others. Chaga mushroom is mostly grown in Russia as this mushroom grows well in cold climates. Consumption of chaga mushroom is highly concentrated across the European and American regions due to greater demand for these mushrooms as an essential source of antioxidant and due to its use in the production of chaga tea. Furthermore, chaga mushroom has also been in focus due to its medicinal properties, which has further been strengthening the market for chaga mushrooms across the globe. The global chaga mushroom market is expected to benefit from growing consumers’ demand for healthy and organic products.

Reasons for Covering this Title

Today, consumers are looking for food products with potential health benefits, which has been pushing the incorporation of healthy ingredients in various edible products. Chaga mushroom consists of highest levels of Superoxide Dismutase (SOD), which is considered to be one of the most powerful antioxidant and anti-inflammatory substance and researchers, now, are investigating its potential as an anti-aging product. Also, several research studies have demonstrated that chaga mushrooms can be used to inhibit the progression of cancerous cells and stimulate one’s immune system, thereby making chaga a biological response modifier. Apart from this, chaga mushroom has also been known to help combat other diseases, such as diabetes and cholesterol and improve digestion. Chaga mushroom has long been used for its potential applications in maintaining a healthy digestive system. This will further push the market for chaga mushrooms across the globe. Growing trend of functional food ingredients and increasing consumption of chaga mushroom as a healthy nutrient is expected to help accelerate the market growth of chaga mushrooms in the near future.

On the basis of nature, the global chaga mushroom market has been segmented as –

On the basis of form, the global chaga mushroom market has been segmented as –

On the basis of application, the global Chaga Mushroom market has been segmented as –

On the basis of distribution channel, the global chaga mushroom market has been segmented as –

Request For the Customization – https://www.transparencymarketresearch.com/sample/sample.php?flag=CR&rep_id=43277

Medicinal mushrooms have immense health benefits and have been used since ages for the treatment of several diseases. The growing trend of functional food ingredients has been pushing the demand for healthy beverages. This coupled with growing consumers’ interest in natural products with unique product positioning will lead to the growth of the Chaga mushroom market.  Chaga mushroom is regarded as one of the most powerful adaptogens and has been found to be beneficial in preventing premature ageing. Escalating demand for healthy beverages and growing clean label trend is expected to push the market revenue in the overall chaga mushroom market in near future. 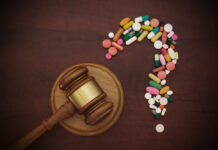 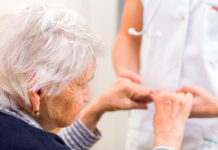