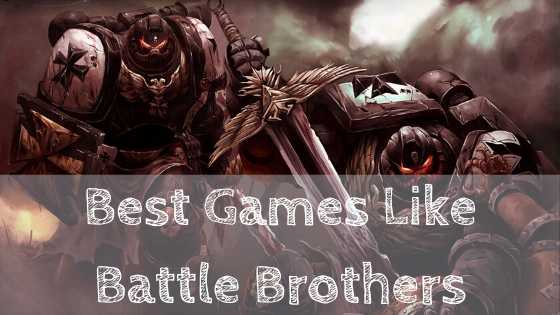 Are you looking for the best battle-brothers alternatives? Well, Battle Brothers are one of the popular action and strategic game full of entertainment and enjoyment.

In this article, we have shortlisted some of the popular games like battle brothers. So, without wasting time, let’s quickly get a hand on. Here is the list of top games that delivers the same experience as Battle-Brother.

Eador Imperium featured on our list is one of the popular game which is quite exciting and engaging. The heroes of the game lead the army, and your stronghold should be built to increase your economy.

In this game, the army explores the island full of wilderness and collects XPs and loots. The graphics and light effects of the game are fantastic, and overall, the game is the best alternative to battle brothers.

The next game featured on the list is the Battle of Wesnoth. It is a turn-based game that can be played in the single-player as well as the multiplayer mode. The game is compatible with different platforms like Windows, Mac, Linux, Android as well as iOS.

The objective of the game is to find the gold-producing villages and kill the enemies army. Moreover, to kill enemies, the game offers you different weapons such as Blades, Arcane, Fire, Cold, Impact as well as Pierce. Banner Saga 3 is undoubtedly one of the entertainment and enjoyable game. Overall, the banner saga 3 is the final chapter of the Viking RPG series.

Well, if you’re looking for a strategical game, then this one is worth checking out, including gameplay and graphics. The list of games like battle brothers is incomplete without the Reverse Crawl. Reverse Crawl is a unique game where the player will be the dungeon. To win the battle against the enemies, you have a team of minions.

After every win, you start unlocking the number of demonic powers. Moreover, you’ll experience the game differently. Overall, the gameplay, graphics, light effects of the game are excellent and are of the best quality.

Legrand Legacy is quite similar to the battle brothers game as you’ll find many stages similar. It is a single-player game and is compatible with Windows, Nintendo, Xbox One, as well as Playstation 4.

Overall, the game comprises of three primary weapons and a powerful AI with which you have to battle. As the game proceeds, you start exploring the weapons and new challenges.

If you love playing battle games and looking for real battle brothers, then Medieval Kingdom Wars is the best option to choose. It is a strategy-based game coming up with medieval siege combat, detailed and beautiful maps. This real-time strategy, complex city-buildings, and other survival elements make the game absolutely stunning.

Overall, the game comes with different modes, such as single as well as multiplayer modes. The dynamic maps, amazing historical accuracy, quests, fluctuation in weather and seasons make the game perfect battle game.

So, these are some of the best alternatives to Battle Brothers. Now, if you among those who still love the Battle Brothers, then you must download Battle Brothers mods it will surely help you to enhance the game performance, graphics, and fps video settings.

Do you love playing Battle Brothers?

Covid-19 Impact on Wireless Communications/Technologies in Healthcare Market Share, Trends and Growth 2015 to...

Pre-School Games and Toys Market is set to witness a healthy CAGR of 6.4%...

Thank You, everyone, for the 28+ million impressions, we can't thank you enough for this milestone.