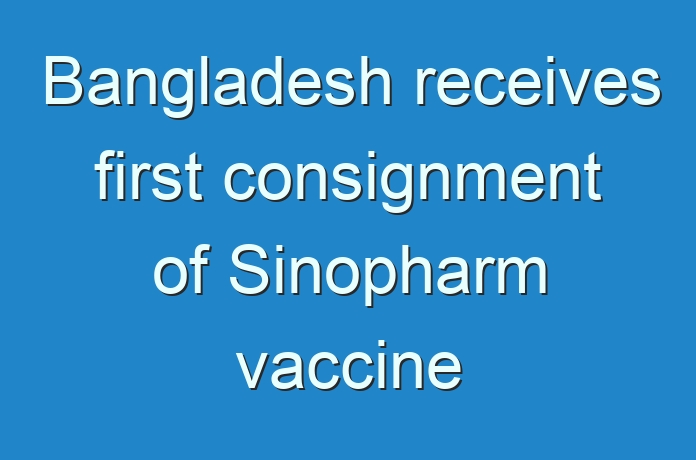 Bangladesh has received its first consignment of two million doses of the Sinopharm Covid-19 vaccine.

A special flight of Biman Bangladesh Airlines landed at Hazrat Shahjalal International Airport with the vaccines from China at around 12:40am Saturday.
Foreign Minister Dr AK Abdul Momen and Health Minister Zahid Maleque received the vaccine doses on behalf of the government.

Foreign Secretary Masud Bin Momen and other high officials of the government were also present there to receive the Sinopharm vaccine doses purchased from China.
116 vehicles seized

Besides, 94 vehicles were sued and 116 were seized during this time.

Law enforcers were seen very vigilant in enforcing the stringent lockdown in the city.

Thirty-three mobile courts were active in the city throughout the day.

Army personnel were seen patrolling Sylhet alongside police, RAB and the BGB.

Besides, mobile courts fined 208 people on the second day of the hard lockdown.