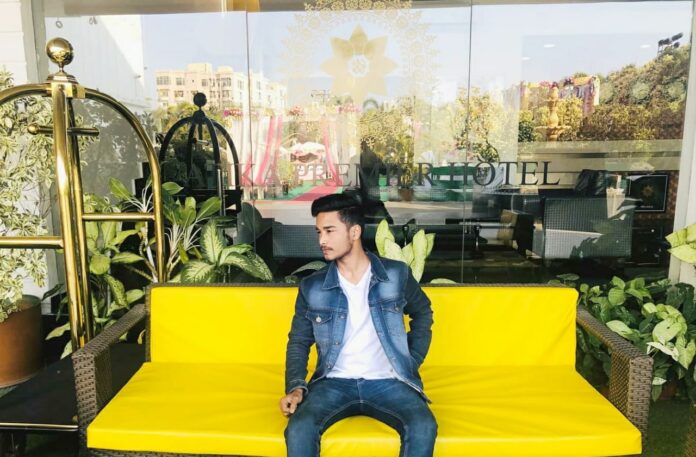 Avi Kashyap, A 19 year Old Teen Running 6 figure Affiliate Business Online from home, has become the Wolf of the Indian Marketing world, Started acquiring skills when was 15 and Generated many high income skills like copy writing, internet marketing and high ticket closing, website designing. His Employees call him woolfie in closing, when his all friends were busy in hookups with girls, He was fully focused on his carrier.

Avi Kashyap is currently a digital marketer, affiliate marketer,  consultant and entrepreneur. Avi Kashyap may have become a big name today. But no one knew him about a few years ago when he started.

He wasn’t born with a silver spoon in his mouth and despite having these difficulties, they knew he would make his way out and achieve big someday. And that day was finally a reality he launched his digital marketing agency. It was a rapid success for him and he instantly became the face of digital marketing in India.

Today, while everyone was concerned about their businesses shutting down due to the imposed lock down and nations’ imbalanced economies, Avi did something Insane. With his internet marketing strategies, he has built several automatic affiliate businesses

He has helped many vendors to grow their sales at very rapid rates and to generate unexpected profit online.

One of their clients said they wanted digital marketing but they did not have the budget to approach a big name in digital marketing so they chose Avi for the work, and work Avi’s Team did for them was out of their Expectations. The company was already in loss and lockdown due to COVID-19 could have made the situations worse. But Avi Kashyap was like a savior as they said. Life has always been up and down for Avi. To chase his dreams, he started his first start-up when he was in 11 standard he founded the company  Yanky  and started closing the peoples door to door that times he worked his ass off over 90 Hours Weekly and he even faced multiples of Obstacles their but after a lot of effort due to his serious health problems  he left that company and started thinked of starting his something own

Then Avi started to learning the Digital Marketing and wasted thousands of grands in his ads and courses and he never quit at all. Because he knows that the persistence is the key

Over the years, Now Avi with his skills hustled their way and face many problems in their journey to success. But it was all worth it in the end. All their efforts paid off when they touched the success they dreamt of. Then he soon started to generating to close bigger deals and Scaling his online business and Udit never forget to praise the people who helped him during his difficult times.

Despite new variety, traditional products to take global biscuits market to us$109 bn by...

The Secret behind Health and Fitness by Alex Patrick Zanders

MARKET FOR ENERGY EFFICIENT LAMPS AND BALLASTS IN LATIN AMERICA TO BE PRIMARILY DRIVEN...