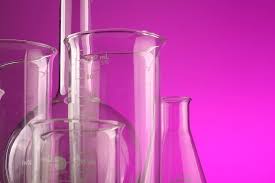 The market is estimated to expand owing to the enhanced financial and social status of the population, especially in the emerging economies. Growth in environmental awareness has led to the introduction of quality products in the architectural coatings market. Several nations have implemented stringent environmental policies in order to lower the emission of VOCs. Thus the demand for water-based products is estimated to rise in the near future. 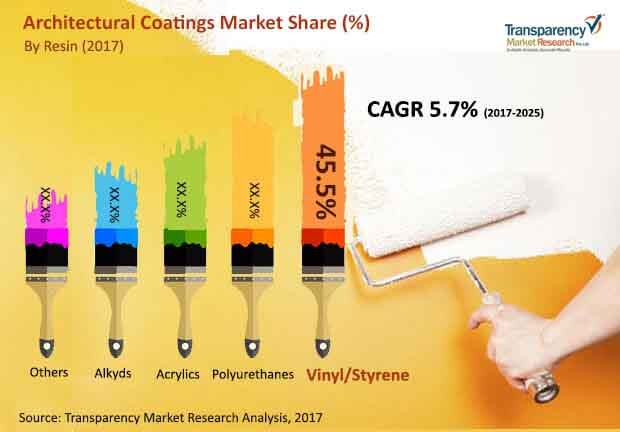 The key types of binders or resins used to manufacture architectural coatings analyzed in the report include acrylics, alkyds, polyurethane, vinyl/styrene and others. Acrylics, in the form of binders are primarily used for interior applications. Advantages of acrylics include excellent color retention, maintenance of film clarity, resistance to chalking, gloss retention etc. In the architectural coatings market, alkyd consumption is declining because of the VOC regulations imposed coupled with the availability of alternate coatings. Solvent-based alkyds have been replaced with water-based emulsions owing to their low odor, and emission of volatile organic compounds. Polyurethanes are commonly used for coating the architectural metal coatings. Key properties of polyurethanes include weather resistance, corrosion resistance, abrasion resistance and chemical resistance. Vinyl/styrene polymers are the commonly employed resins in the architectural coatings market.

Asia Pacific to Emerge as Strong Market for Architectural Coatings

Some of the leading manufacturers of architectural coatings in the global market are The Sherwin –Williams company, PPG Industries Inc., and Akzo Nobel.

What health benefits will you experience by watching sports?

CBD vs THC – what is the better option to manage pain?