Monterosso team has already achieved their goal, to play in England, but this is not enough for them, because the organisation has their eyes set on Argentina. “Our idea is to spend November playing and trying horses in Argentina”, says AlessandroBazzoni in a interview with Click Polo, his leader, and adds: “We wanted to kick off playing the Jockey Club Open, but under these circumstances, we are in permanent touch with the Argentine Polo Association and with Eduardo Novillo Astrada, as well as have all the horses in training. We are ready to go to Argentina”.

Alessandro Bazzoni’s setup in Argentina is “in Monte, at Los Machitos. I have a great relationship with them and with Mariano Aguerre. I learned to play polo with Mariano 10 years ago, because his patron in the US, Peter Brant, introduced the sport to me. So I had the delight to have my first polo lesson with Mariano and Nick Manifold! They helped me to get an organisation, and I can assure that Los Machitos is a very important part of Monterosso. We also have Pepe Araya, who manages the stables. Los Machitos are very helpful with Monterosso not only to be in Argentina but also to play in Argentina the most we can – the Jockey ClubOpen, the Gold Cup, the Diamond Cup, the Copa República Argentina.

Siri, his wife, will be in Argentina also with her ladies team, because “the idea is to have a permanent and very competitive lineup in Argentina”, states Alessandro. “Siri is very enthusiastic about ladies polo, and she encourages girls to play. Moreover, she is the heart and soul of the Monterosso ladies team, she is the driving force behind the Monterosso ladies, through her big efforts, passion and commitment.”

Which are the plans for the ladies Monterosso team in Argentina? 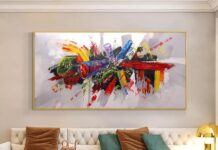 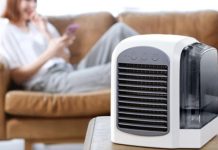