Home Business What does bill gates do with his money? 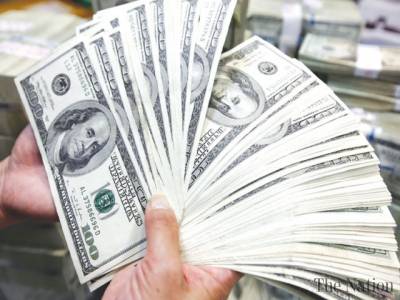 Throughout history, there have been rich and powerful individuals who have carved empires out of a niche. From the trade of exotic spices to the revolution of rail travel, when there is innovation, there is someone ready to cash in. In the modern world, we have seen many great fortunes amassed on the digital frontier.

In a short space of time, computers have taken over the world and reshaped Earth’s history. Smart men and women have capitalized on the boom in electronics and personal computers and grown rich for their efforts. When it comes to tech tycoons, there is no billionaire as well known as Bill Gates, founder of Microsoft.

Microsoft has gone from strength to strength. From pioneering personal computer operating systems in the 70’s to their latest batch of beautiful surface laptops, Microsoft is at the top of the heap in the world of technology.

From a start-up in a garage, Microsoft has almost single-handedly brought the PC to the mainstream and profited handsomely as a result. Just how much has Microsoft made? At the time of writing, Microsoft was valued at over a trillion dollars; by a mile, America’s most valuable company.  That’s a lot of dough, but how much of this does the founder Bill Gates receive?

For nearly 25 years, bill Gates was the richest person in the world. Recently he was overtaken by another digital kingpin Jeff Bezos, founder of the online retail giant, Amazon. At 100 billion dollars, Bezos fortune was going to be hard to top. Maybe he should invest in companies like Bose who stock great wireless headphones? Perhaps due to the strength of Microsoft’s game-changing surface laptops, in November 2019, the king was re-crowned. Bill Gates surpassed Bezos with a whopping 110 Billion in personal assets and once more became the richest person in the world. Nice one, Billy!

Ok, so Bill Gates is ludicrously rich, what does one do with such vast amounts of money? Understandably, Gates enjoys a comfortable lifestyle and is known for his love of rare sports cars. While his personal residence is luxurious, its more nerds dream than opulent abode, so where does all his money go?

Not just any charity either, along with his wife Melinda, Bill Gates runs the largest private charitable organization in the world, with over 50 billion dollars’ worth of assets. Creatively named ‘the Bill and Melinda Gates Foundation,’ this colossal charity employs thousands and strives to end inequity.

This charity offers services to the impoverished in the way of education, supplies, and medical services. With aims to aid the neediest with the latest scientific breakthroughs and end the spread of infectious diseases, the charity has admirable goals.

What would you do?

Even with 50 billion in assets, the BMGF only holds half the value of Bill’s personal fortune. Despite Bill’s enormous wealth, we rarely, if ever, see him flashing cash or living a life of luxury. In today’s internet culture, this seems rare, as we idolize those who are ostentatious with their wealth.

Perhaps these show-offs we follow are sharing their wealth with us through a celebration of luxury, we can live vicariously through them and peer into a lavish world we will never know firsthand. What Bill Gates has done with his money is admirable in comparison, a charity set up to benefit the world’s poorest, with no signs of extravagance.

Could you resist such stores of cash? What would you buy? New headphones maybe? I would take a long vacation and leave the rest for my family to enjoy. Bill Gates has stated that he will not be leaving a huge chunk of funds to his children, as he believes this would harm their personal development and stop them from overcoming adversity.

While he may be the richest man in the world, the way Bill Gates uses his money is nothing short of heroic. Flying directly in the face of a flashy lifestyle, it seems Gates’s concept of money is very different from the average person. How would you deal with such an enormous fortune? Would you use it for good? Or would you treat yourself to a lifetime of luxury? If you are as rich as Bill Gates, you can afford to do both.

How to Decorate Room with Simple Things