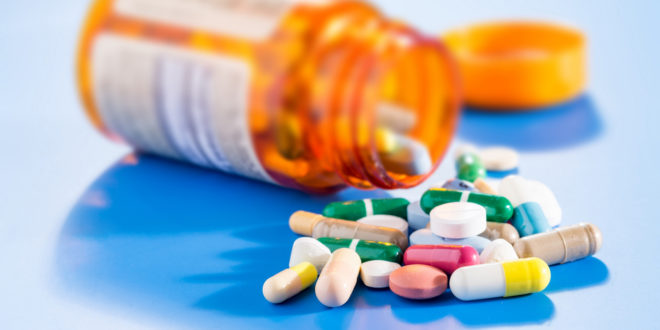 Smart drugs or nootropics are cognitive-ability-enhancing pharmaceutical agents that can increase the intellectual abilities of patients suffering from certain neurological conditions, such as Alzheimer’s Disease and Attention Deficit Hyperactive Disorder (ADHD).

Healthy persons also use smart drugs as a form of intellectual steroids to increase their concentration, focus, and comprehension capabilities. The use of smart drugs in this way is not considered entirely ethical but has gained a lot of popularity amongst college students and workers.

Conventional Use of Smart Drugs

Patients suffering from neurological disorders often have symptoms that include loss of memory and impaired reasoning. Various forms of dementia that are connected to neurological conditions cause these symptoms.

To alleviate some of these symptoms and reduce patients’ dependence on others, doctors prescribe smart drugs. Patients with disease-related dementia, such as those seen in patients who have Alzheimer’s Disease, Parkinson’s Disease, and Lewy Body Dementia, can benefit from the effects of cognitive enhancers.

Another smart drug, Provigil, is prescribed for patients with narcolepsy, also known as excessive, uncontrollable daytime sleepiness. The pharmaceutical agent helps them fight the symptoms of the disorder and stay awake through their daily activities.

Healthy individuals also use Provigil to fight off jet lag. Military personnel and business executives use this drug to stay active after extended flights. Another prescription nootropic is Axura which is prescribed to patients with Alzheimer’s Disease.

“Unconventional” Use of Smart Drugs

A 2005 study conducted in the United States revealed that some college students use smart drugs at least once to heighten their intellectual abilities. The study collected data from college students in some universities in the United States. Of the respondents, 7% said they had taken nootropics to enhance their mental capabilities in the past. 2.1% said they had taken nootropics in the month preceding the survey.

Some of the known effects of prescription cognitive enhancers are increased blood pressure and heart rate, sleep disorders, blurred or double vision, and addiction.

In addition, a study published in Pubmed Central in 2018 revealed that the use of nootropics for non-medical uses could cause dangerous sexual practices and other impulsive reactions. The researchers discovered that participants who had abused smart drugs in the past, often with other addictive substances, including illicit drugs, nicotine, and alcohol, showed signs of anxiety, post-traumatic stress disorder(PTSD), and an increased incidence of disordered gambling.

Can Smart Drugs/Nootropics Make You ‘Smart’?

Studies into the effectiveness of nootropics for non-medical use are limited. The studies that have been conducted are not large enough for researchers to decide if the supplements can make you bright or not. However, the small studies that have been conducted reveal that nootropics do have certain effects on the brain. Experts cannot say if they can help cognitive capabilities or that they are safe for everyone.

One research reveals that there is insufficient data to support that nootropic supplements help intellectual abilities or can be safely used by people for non-medical purposes. Yet, there is existing data that shows that Omega 3 fatty acids improve the mental and physical wellbeing of individuals. Caffeine, another nootropic supplement, has also been found to keep people alert for a limited time, almost immediately after it is ingested.

In addition, these substances may not be as safe as touted by brands. A study revealed that some Rhodiola products had pollutants or other ingredients that were not added to the products’ ingredient lists. Even if you must buy nootropic supplements, ensure you purchase products manufactured by trusted manufacturers.

For more information on achieving peak performance,  focus, attention and memory at any age, visit neuropedia.com to learn more.

Nonmedical Use of Stimulants Is Associated With Riskier Sexual Practices and Other Forms of Impulsivity (2018). Retrieved from Pubmed Central Website: https://www.ncbi.nlm.nih.gov/pmc/articles/PMC6215704/

Understanding the effects of stimulant medications on cognition in individuals with attention-deficit hyperactivity disorder: a decade of progress (2011). Retrieved from National Library of Medicine Website: https://pubmed.ncbi.nlm.nih.gov/20881946/

What Are Nootropics (Smart Drugs)? (2019). Retrieved from MedicalNewsToday Website: https://www.medicalnewstoday.com/articles/326379#1

How to Choose an Appropriate Device for Your Media Streaming?

Front-End Module Market for Automotive Growth Prospects, Trends and Forecast up to 2026