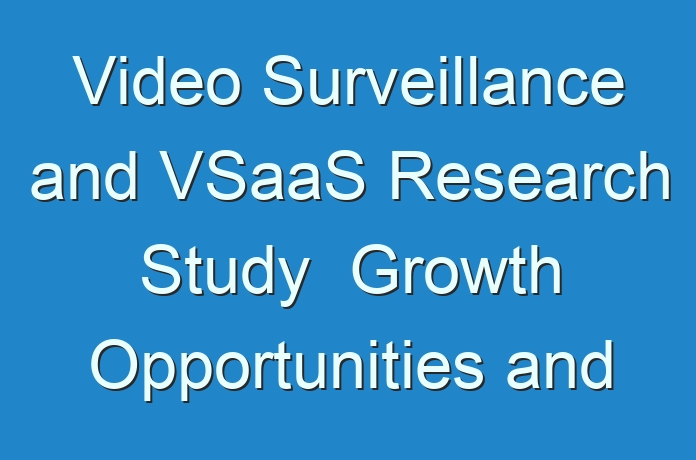 The demand for IP-based video surveillance systems is expected to grow due to significant innovations in security, network offerings, and most importantly dwindling costs of specialized products. Moreover, innovations are also playing a key role in minimizing the costs associated with the deployment of surveillance infrastructure. For instance, the advent of 360o video capturing technology has enabled users to replace around three to four Pan-tilt zoom (PTZ) cameras. The newly developed 360o video capturing technology is expected to be one of the most groundbreaking inventions within the video surveillance and VSaaS market.

Rapid advancements in technology, along with the introduction of artificial intelligence into the video surveillance and VSaaS market landscape has enabled stakeholders to develop cutting-edge VSaaS solutions. Market participants are expected to introduce new and innovative video surveillance solutions in the near future to gain a competitive edge.

For instance, in October 2019, Zain, an established digital service provider announced the launch of a newly developed VSaaS solution for customers at the enterprise level. The company revealed that the VSaaS platform would include a broad range of services on the company’s cloud, and simultaneously provide customers the convenience of accessing and managing the video recordings from any location at any point in time.

Top 10 Leading Players in Video Surveillance and VSaaS Estimated To Experience A...