Environment Friendliness of the Product to Amplify its Demand

The International Convention on the Prevention of Pollution from Ships (MARPOL) is an international regulatory body that is assigned with the task of regulating the issue of marine pollution caused by vessels.  There are six different annexes in the MARPOL and each of those annexes deal with pollutants arising out of routine operations and accidents in the oceans and seas. Annex VI particularly takes care of the air pollutants generated by ocean bound ships. This annex restricts the level of nitrogen emission level and mandates use of low sulfur-content fuel to diminish environmental pollution.

Furthermore, technological and commercial progress made in the marine propulsion industry is further estimated to fuel the market. 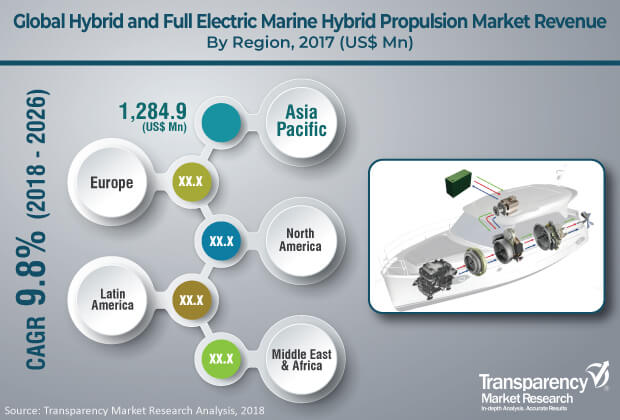 The year-on-year growth in inter-state, intra-state, and cross-border trade activities has triggered the demand for marine ships. Rise in number of marine ships for several operations inside and outside a country has boosted the demand for fuel-efficient marine propulsion systems. Increase in usage of ferries for transportation purposes in coastal waterways is driving the demand for hybrid and full electric marine propulsion system. New/converted hybrid/full electric ferries play an important role in public transport systems in many waterside cities and islands.