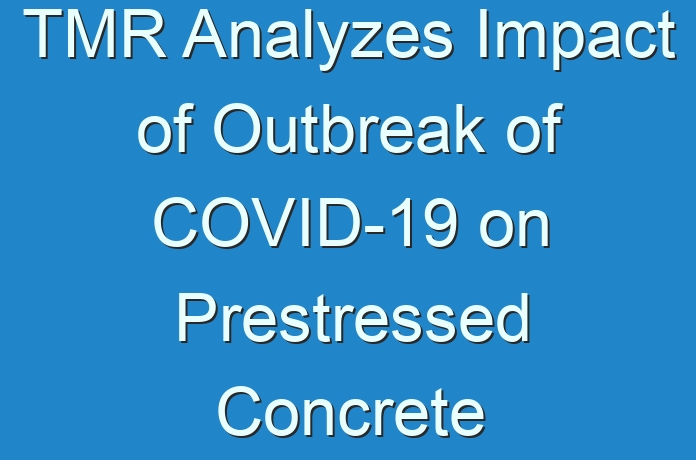 Prestress is a technique to overcome the weakness of concrete during tension. In general, concrete undergoes tension on bottom flange and compression on top flange.  In prestressing, the tendons are stressed along the axis and cement is charged; later, when the tendons are released the bottom is compressed and counter balance the compression at the top part of the beam. The characteristic of prestressed concrete is that it allows preset engineering stresses to counteract stresses that occur during service loads. Prestressing eliminates a number of design limits that conventional concrete faces on load and span and it permits building of floors, bridges, roofs, and walls with longer unsupported spans.

The global prestressed concrete market can be segmented based on prestressing types, force applied, application, and region.

Based on force applied, the prestressed concrete market can be divided into mechanical, hydraulic, and electrical. In mechanical prestressing, devices such as gear transmission and lever transmission in combination of screw jacks and pulley blocks are used. Mechanical prestressing is generally employed in mass scale production. In hydraulic prestressing, a large hydraulic jack is used for tensioning of the elements. This method is the simplest among all and produces huge forces. In electrical prestressing, steel wires are heated with electric source and later before placing them in the concrete moulds. The hydraulic prestressing segment accounts for the major market share due to its simplicity in operation and cost effectiveness.

Demand For Good Quality And Uniform Yield : A Positive Indicator For Growth Of...

Different Popular Varieties Of Nougat Across The Globe