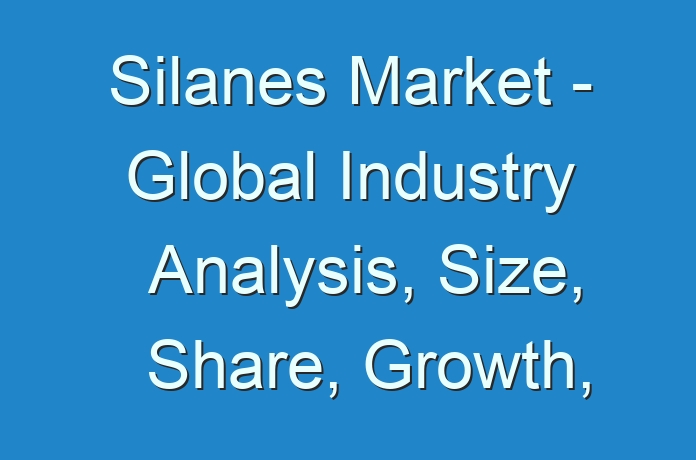 The silanes market has been witnessing fast expanding capacities of their production in various parts of the world. The rise in production has led to proliferation of silanes to meet the burgeoning use in a wide range of composite applications. The tire industry has been utilizing silanes for making silica-filled rubber tires, where they act as adhesion promoters. The usage of these organosilicon compounds is fast gathering steam as coupling agents. The formulations are used for manufacturing commercially useful composites using fiberglass and numerous other mineral-filled composites.

Growing number of suppliers of silane adhesion promoters, especially in China, underscore the growing potential of the market. They are offering products to meet adhesion needs for a variety of substrates, frequently for alkyd resins. Growing development initiatives to realign the properties of silanes has bolstered their popularity over other primers. Researchers have been able to change the surface properties of silica to this end. Over the past few years, substantial opportunities for chemical companies in the silanes market stem from their increasing preference over chromate-base treatments, where the latter has been shunned high toxicity profile as well as carcinogenic effects.

One of the fast growing demands for silane coatings is in biomedical applications. Their good biocompatibility has reinforced its use in metal implants for providing functional moieties. Growing use of silanes in other utility coatings is also boosting the market. In the coming years, silanes are expected to be used extensively in surface modification of a range of composites. The extensive utilization of silanes in the paints and coatings industry has kept Asia Pacific market increasingly lucrative in recent years.

Silanes are chemical compounds of one or multiple silicon atoms with hydrogen, nitrogen, and carbon atoms. Silanes comprise series of inorganic compounds with the general formula SinH2n+2.

Commercially available silanes are primarily derived synthetically. These are highly reactive and can significantly increase mechanical properties such as compression strength, shear strength, and wet electric properties when used in phenol aldehyde, polyester, pressure sensitive tapes (PSTs), epoxies, and polyamides. Silanes can be used in a wide range of applications to improve polymer crosslinking and dispersion. They are also employed to increase adhesion between organic and inorganic phases.

Based on type, the silanes market can be segmented into functional silanes, epoxy silanes, alkyl silanes, vinyl silanes, sulfur silanes, methacryloxy silanes, amino silanes, mono/chloro silanes, and others. Mono/chloro silanes is a rapidly growing type segment of the global silanes market. Mono/chloro silanes are used in integrated circuits, photovoltaic and flat panel displays, etc. Based on application, the silanes market can be classified into rubbers & plastics, adhesives & sealants, paints & coatings, fiber treatment, and others. Silanes are used in fiberglass to improve mechanical strength and electrical properties. They are also employed in composites. Paints, inks, and coating formulations, wherein silanes are used, can increase resistance to abrasions. They can also increase adhesion, thermal stability, and crosslinking. Silanes employed in polymer systems can act as dispersing agents for fillers. They can also act as crosslinking modifiers that improve the mechanicals properties of the polymer/silane blend. Silanes also are used in adhesives and sealants which can increases adhesion, temperature, and chemical resistance.

Companies in the Silanes market have increasingly shifted gears with wide application of digital technology across the continuum, from raw material sourcing to manufacturing to generation of final output, to warehousing to final distribution operations. Among the various affects, the market is witnessing new growth economics due to thinning of line between specialty and commodity businesses that are associated with the larger ecosystem. At the same time, new growth parameters are being vigorously being debated as industry stakeholders put greater emphasis on the circular economy processes.

Rapid Adoption Of Electronic Health Record In Many Healthcare Facilities Is Creating Demand For...