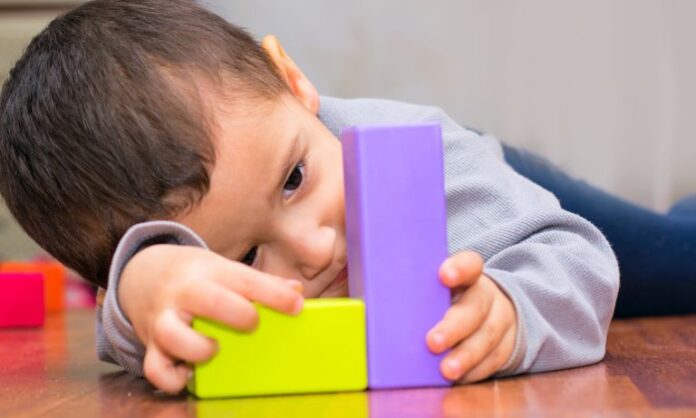 Autism is a complex developmental disorder. In which the patient will have difficulties in doing social interaction and regular activities. The patient also has difficulties in communication and expressing regular emotions. Some patients also show repetitive behavior. 1 in 59 children has a diagnosis of autism spectrum disorder or ASD. Autism comes with lots of problems which start with social isolation, employment problems, educational problems, behavioral restrictions, and many more. Often children with autism never receive any proper therapy. There are two reasons behind that. The first cause is, these therapies are sometimes very costly and not everyone lives very near to these therapy centers. But in recent days telehealth autism therapy is bringing a change in the treatment for ASD patients. According to a lot of doctors and specialists, early detection of autism can help a patient to develop in his or her overall development. So, here are the most common signs of autism that children might show at an early stage.

The first sign that lots of specialists and doctors talk about is- difficulty with eye contact. The sign might be visible in any child with autism after they are 12 months old. The child will have difficulties looking at other people’s eyes or keeping eye contact for long. This sign can be visible in some other children too but in most cases of autism, this has been the first symptom that was visible among the patients.

Lots of parents of autistic children have reported that their child never babbled. Babbling refers to the sounds children make before they start talking. For a child with autism, babbling might not be there.

Gestures are simple bodily movements like shaking heads or waving your hands. A child with autism often might have problems with showing gestures. some children don’t use these gestures at all and somehow a hard time understanding other people’s gestures. A child with autism might have problems pointing out something or following a specific command. And often they don’t understand the simple gestures like nodding your head, waving your hands, pointing in a direction, etc.

Repetitive action and heavier is the most common and vital sign in autism. This may occur differently in every child. You might see a child waving his hand in front of his face repeatedly or, playing with the same toy over and over again in the same way. It’s not very uncommon to see children doing some sort of repetitive behavior but children with autism will do it more often. Also, parents have noticed their autistic children not expressing shared enjoyment from a very early age.

These are some of the most common symptoms or signs that autistic children may show at their early age. Some of these signs can be visible as early as 12 months of age. As the world is developing every day the treatment for autism is also becoming better. But far better treatment early detection of autism is a vital thing. So always keep an eye on your children for these types of symptoms. Remember proper treatment can help an autistic child to cope up with society much more easily.

Surgical Drapes Market projected to expand at a CAGR of 4% from 2022 to...