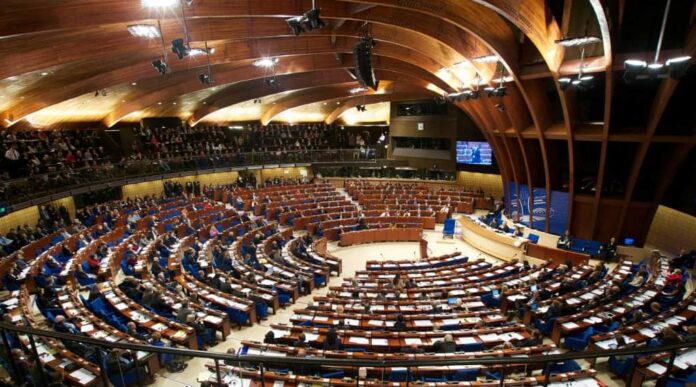 Simultaneous with the conference, supporters of MEK Iran and the Iranian Resistance in various countries held rallies in front of the clerical regime’s embassies or the foreign ministries and called for the revision of EU policy towards Iran, and the closure the regime embassies, as well as the blacklisting of the Ministry of Intelligence and the Revolutionary Guards and expulsion of their mercenaries from European countries.

The Belgian court rejected Assadollah Assadi’s request for diplomatic immunity and sentenced him to 20 years in prison. The three accomplices of Mr. Assadi, Nasimeh Naami, Mehrdad Arefani and Amir Saadouni, who were sentenced to 18, 17 and 15 years in prison respectively, were also stripped of their Belgian citizenship.

During her addressing at the global conference, Ms. Rajavi said that the conviction of the clerical regime diplomat and the three other agents of the Iranian intelligence ministry was in fact a conviction of the regime in its entirety, which represents a giant triumph for the Iranian people and resistance. She then congratulated the Iranian people, who are the main victim of the repression and terrorism of the clerical regime.

Ms. Rajavi added: Two decades ago, the mullahs tried to chain MEK Iran and the organized resistance of the Iranian people by prosecuting them with cases full of false accusations and putting them on terrorist lists in the United States, the United Kingdom, in Germany and in France. Nevertheless, the Iranian Resistance broke all those chains and obstacles. In one country after another, justice has absolved the Iranian Resistance of false accusations of terrorism, and today it has condemned the real terrorism of terrorists operating under the banner of Islam and Shiism, or the religious dictatorship of the clerical regime.

In her closing remarks, Ms. Rajavi stated that even though the conviction of the clerical regime in the Court of Antwerp is a very significant step, it must be continued until the regime’s entire terrorism apparatus is dismantled. Beyond its legal repercussions, the ruling by the Court of Belgium bears certain obligations for Europe and the international community. Therefore, as prominent European parliamentarians and dignitaries have declared, the Iranian Resistance once again calls on governments of Europe to change their approaches and policies.

Respiratory Virus Infection Drugs Market is Projected to Expand at a CAGR of ~7%...

How to Regulate Business Growth and Preserve Company Culture