Manufacturers are exploring the clinical requirement for two sterile barriers on the medical device. Depending on the attributes of the device, including its size, design specifications, complexity, number of components, and the clinical procedure itself, having two sterile barriers in medical packaging films is an unnecessary use of packaging materials and resources. It is estimated that by the year 2050, over 5% of the U.S. population will be over the age of 85 and will overall drive the medical packaging films market. The aging trend is not limited to the United States but is a global phenomenon that warrants the consideration of packaging for all types of products. Not only do aging consumers use medical products at a higher per capita rate than the general population, but they are also at risk of inappropriate product use for a variety of reasons. Therefore, manufacturers of medical packaging films have engaged in patient-centric packaging. 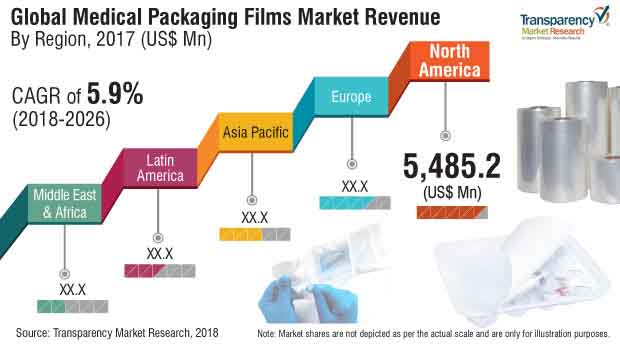 Blister strips using formed aluminum foil or laminate for the base layer usually take up a bigger footprint than those made from medical packaging films, because of the limitations in the depth and gradient of pocket size that can be achieved with this material. Larger packs are not favored by patients or pharmacists, so for products requiring a high barrier to moisture, producers should consider the use of high-barrier medical packaging films instead, as these materials allow the production of smaller footprint blisters whilst still providing high moisture barrier properties. The trend for calendared blister medical packaging films is witnessed in regions such as North America and Europe and is soon to gain a market footprint in the APAC and MEA region.

The global medical packaging films market has been segmented on the basis of material type, product type, application, end-use, and region.

Why Choosing the Right Toys for Toddlers is Important?